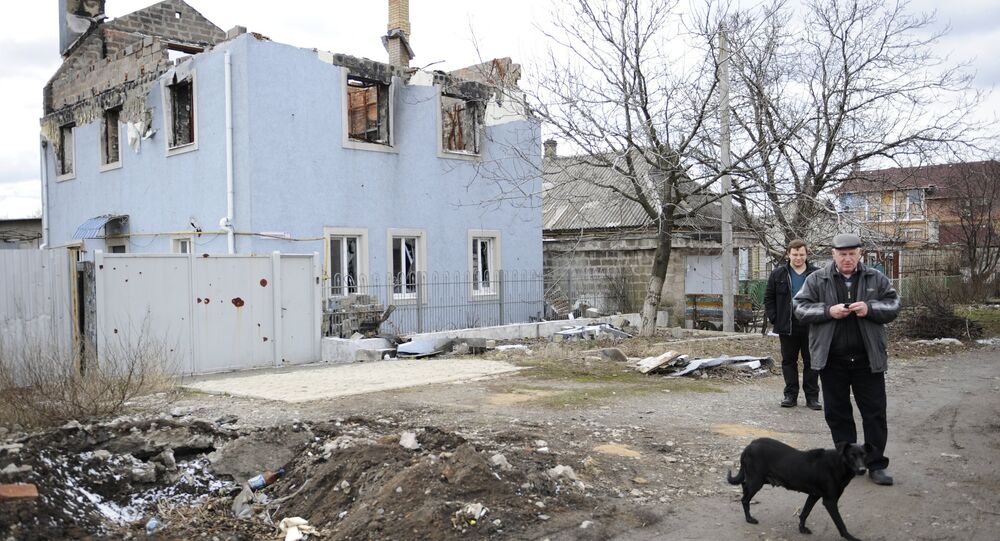 Almost 500 residents of Donetsk were killed by Kiev forces since the beginning of the conflict in Donbass, according to local authorities.

© AFP 2021 / ALEKSEY CHERNYSHEV
Documents on Troops Pullout in Donbass to be Signed Thursday - OSCE
DONETSK (Sputnik) — Nearly 500 people have been killed in shelling of the eastern Ukrainian city of Donetsk by Kiev forces since the beginning of the conflict in Donbass, local authorities said on Tuesday.

Ukraine’s southeast has been severely affected by Kiev’s special military operation, launched in the southeastern Donetsk and Lugansk regions in April 2014. The operation was a response to local residents' refusal to recognize the new coup-installed government in the country.

© Sputnik / Igor Maslov
Leader of Donetsk Republic Calls for Direct Dialogue With Poroshenko
In February 2015, Kiev forces and eastern Ukraine's militia signed a peace agreement in the Belarusian capital of Minsk. The deal stipulates a full ceasefire, weapons withdrawal from the line of contact in eastern Ukraine, as well as constitutional reforms that would give a special status to the self-proclaimed Donetsk and Lugansk people’s republics.

Donetsk, Kiev May Agree on Forces Withdrawal in Near Future