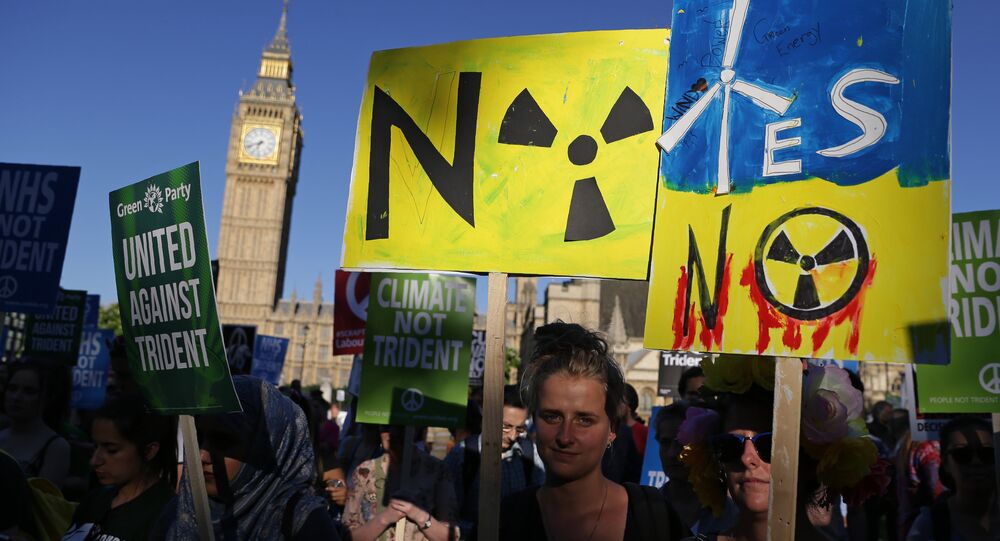 Nuclear weapons do not protect against terrorism, they don’t provide deterrence to any of the security challenges that the UK faces, according to Green Party Peace and Defense spokeswoman Rebecca Johnson.

On Monday, UK parliamentarians in the House of Commons voted in favor of renewing the United Kingdom’s nuclear deterrent program with four new Vanguard-class nuclear submarines.

Johnson said that the theory of nuclear deterrence was developed in the 1950s to justify spending large sums of money on the nuclear arms race between the United States and the Soviet Union. This deterrence was supposed to reassure people that the weapons would stop a war rather than lead to a new one.

"But in the real world, post-Cold War this is not how the deterrence could possibly work," she said, stressing that former US State Secretary Henry Kissinger and former US Defense Secretary Robert McNamara clearly recognized that relying on nuclear weapons for deterrence is increasingly hazardous and decreasingly effective.

© Flickr / Javier Díaz Barrera
Protest Outside UK Parl't Amid Trident Nuclear Deterrent Debates
The Trident system is deployed at the UK Royal Navy’s Faslane submarine base in Scotland. The UK Conservative Party has been campaigning to renew the nuclear deterrent despite rising maintenance costs.