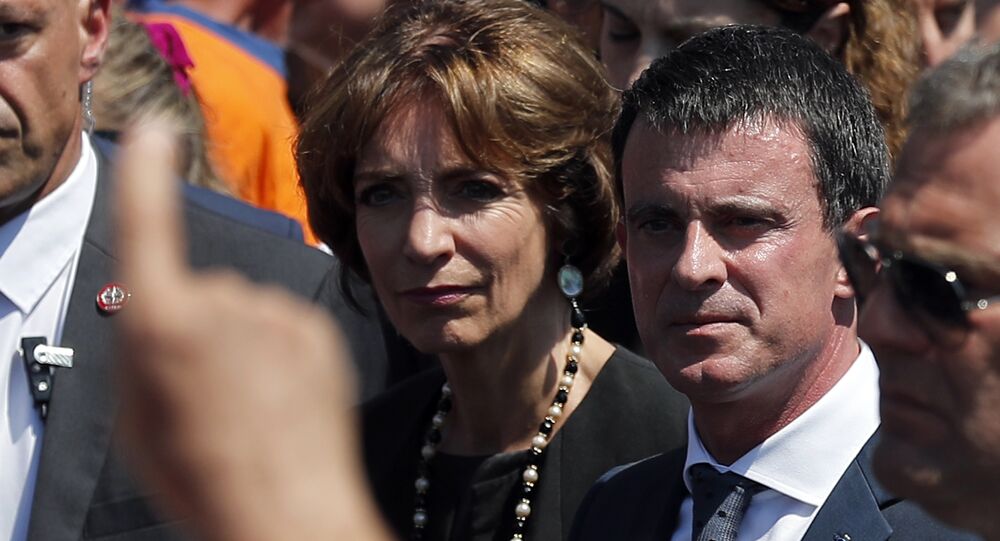 As French leaders gathered to honor the victims of the truck attack in Nice, they were met by boos and jeers from a crowd fed up with the government’s inability to prevent terrorist attacks.

On Monday, French leaders held a moment of silence to mourn the 84 killed in the Bastille Day attack last Thursday. In Nice, however, the site of the attack, this moment was bookended by loud cries of protest aimed at Prime Minister Manuel Valls.

Gathers chanted "resign, resign," with others also calling for French President Francois Hollande to step down.

"The government promises us things but nothing sticks," Nice city resident Antony Fernandez said. "What have they done up to now to make us feel safe? And yet what do we expect? Every six months we’re going to mourn for more dead?"

Former president Nicolas Sarkozy also weighed in, blaming the failures of the current administration for the violence.

"I know there’s no zero risk, I know perfectly well that we don’t pull each other apart before the victims have even been buried," he said.

"But I want to say, because it’s the truth, that everything that should have been done over the last 18 months…wasn’t done."

The dissatisfaction is reflected in a poll conducted by the French Institute of Public Opinion (IFOP) in the wake of the attack in Nice. According to the results, only 33 percent of those polled expressed confidence in the government’s ability to repel the threat of terrorism.

Roughly 81 percent said they would accept additional limits on their own freedoms in order to ensure safety.

An astounding 99 percent of those polled said they assess France’s current terror threat as being "high" or "very high."

On July 14, a truck drove through a large crowd celebrating Bastille Day in the city of Nice. At least 84 people were killed, including children, and hundreds more were injured. The French investigation found that the person behind the attack was a 31-year-old resident of Nice, of Tunisian origins.