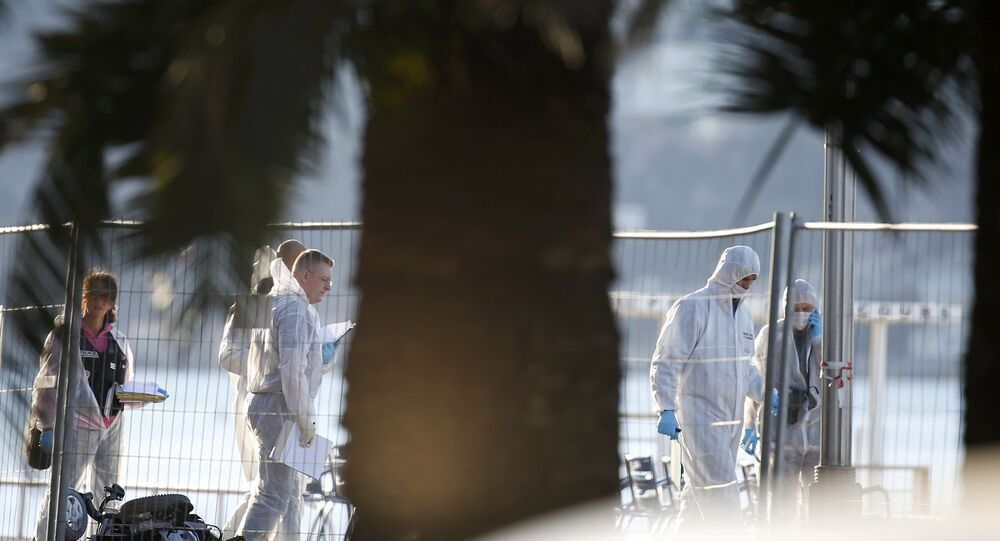 The number of Russian nationals injured in the deadly terrorist attack in Nice has risen to five, the Russian consular general in France's Marseille said.

"We have received information about three more Russian citizens who were hospitalized as a result of the attack. This is a man who received a head injury and his two grandchildren. The children have a dual citizenship — Russian and Estonian, the grandfather has Russian passport," Sergei Molchanov said.

© AFP 2020 / VALERY HACHE
EXCLUSIVE: French Special Forces Reveal Why Nice Attack Was Not Prevented
Earlier on Monday, it was reported that one of the Russians, who were wounded in a terrorist attack, has departed from France to Russia. Another woman, also from Russia, is still in the hospital.

On July 14, a truck rammed into a large crowd celebrating Bastille Day in the city of Nice. At least 84 people, including children, were killed and hundreds of others were injured. The French investigation found that the person behind the attack was 31-year-old resident of Nice of Tunisian origin Mohamed Lahouaiej Bouhlel.