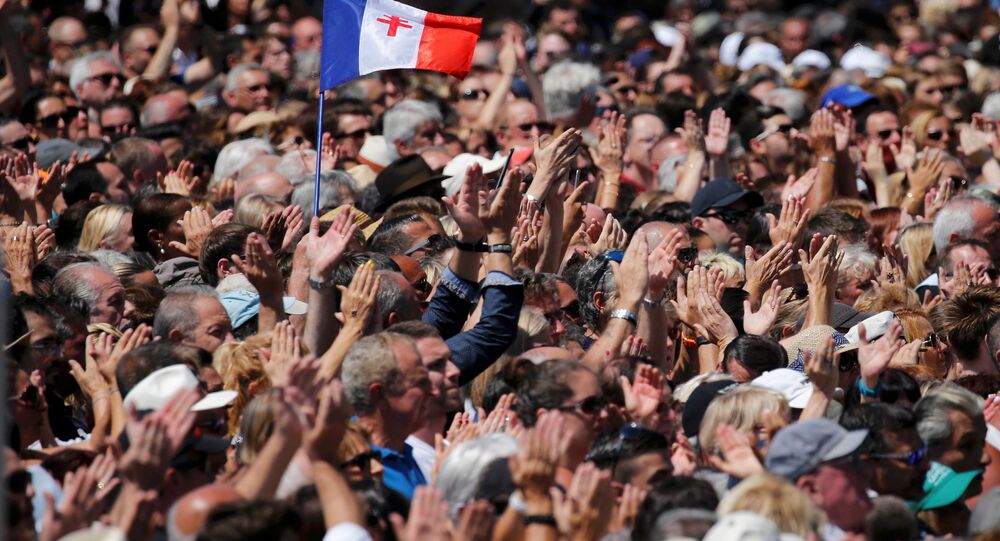 As many as 42,000 people gathered on Nice's Promenade des Anglais on Monday to mourn the victims of last week's terrorist attack there, President of the Regional Council of Provence-Alpes-Cote d'Azur Christian Estrosi said.

© AFP 2020 / Mandel Ngan
‘Big Lies Told by Bush and Blair Led Up to Carnage in Nice’
PARIS (Sputnik) — Security measures were reportedly strengthened during the event, including a reinforced police presence supported by the military and gendarmes and the entrances to the promenade were blocked.

"I want to thank all the 42,000 people, who came today to the Promenade des Anglais to take part in the mourning rally," he wrote on his official account on Twitter.

​On July 14, a truck rammed into a large crowd celebrating Bastille Day in the city of Nice. At least 84 people, including children, were killed and hundreds of others were injured. The French investigation found that the person behind the attack was 31-year-old resident of Nice of Tunisian origin Mohamed Lahouaiej Bouhlel.

On July 16, it was reported in the media that IS, which is outlawed in many countries, including Russia, claimed responsibility for the attack. According to French Interior Minister Bernard Cazeneuve, a link between the alleged perpetrator and the IS group has not been established yet.