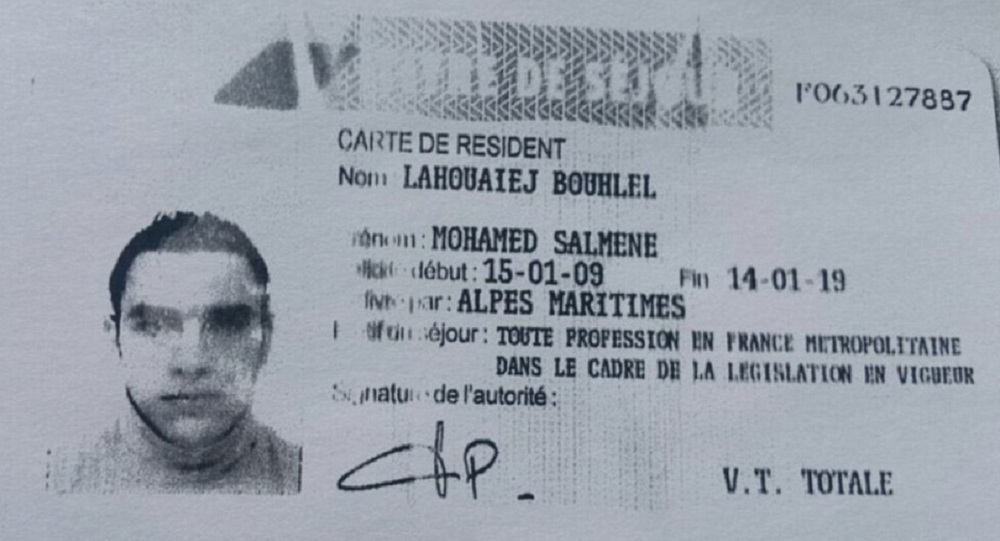 French police have detained a person who had received a text from the Nice attacker asking for more weapons, a Paris prosecutor said.

"I will not disclose details concerning six people who are in custody. We are talking about people who are suspected of being in contact with the perpetrator of terrorist act or of providing him with logistical support, particularly in the provision of weapons that he used," Francois Molins said.

He noted that "one of the detainees is the recipient of an SMS sent by the terrorist a few minutes before the crime was committed on July 14 at 22:27, which refers to the purchase of a gun."

© Photo : Youtube/JPNewsSource
Nice Attacker Asked to Bring More Weapons Before Carnage - Reports
Earlier, it was reported that Mohammed Lahouaiej Bouhlel, who killed 84 people in the French city of Nice, sent a message 15 minutes before the attack, asking to bring more weapons.

On July 14, a truck rammed into a large crowd that was celebrating Bastille Day in Nice.

At least 84 people, including children, were killed and dozens of others were injured. The investigation found that the person behind the attack was Nice's 31-year-old resident of Tunisian origin Mohammed Lahouaiej Bouhlel. On July 16, media reported that Daesh claimed responsibility for the attack.

The Paris prosecutor also said that the Nice attacker was attracted to radical Islam.

"We examined his computer, we were also able to see some other searches on the internet from July 1, 2016, until July 13, 2016, almost on a daily basis he was researching first of all videos with regard to Quran and also… religious chants that Daesh in particular use as propaganda," Molins told reporters, adding that the perpetrator’s ties to Daesh have not been proven.

The lives of 19 people injured in the Nice truck attack are still in danger, the Paris prosecutor said.

"Currently 74 people remain in hospitals, 28 of those are in intensive care units, the lives of 19 are in danger." According to the official, 71 bodies out of 84 have been identified.