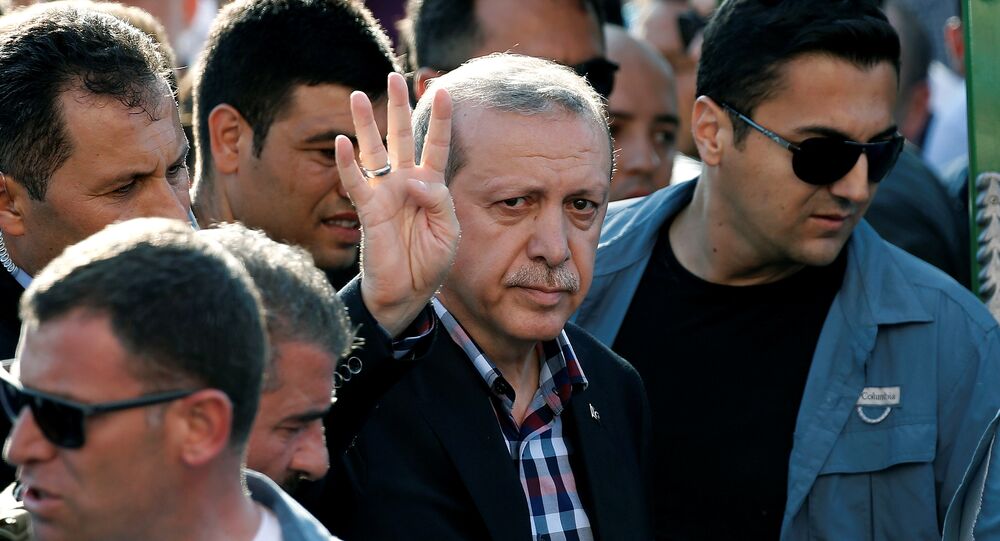 Turkish President Recep Tayyip Erdogan's crackdown on dissidents following the failed coup is the main focus of Monday's (July 18) EU Foreign Ministers' meeting, with concerns over its effect on the migrant crisis and Turkish accession to the EU.

The Turkish authorities have — so far — detained 6,000 people — including members of the judiciary — following 48 hours of turmoil that saw sections of the military attempt a coup to overthrow Erdogan's government. He has vowed to root out the state bodies at the heart of the revolt.

However, EU foreign ministers have expressed concerns that Erdogan's increasing grip on power and crackdown on opposition groups and the media are set to throw the EU-Turkey migrant deal into chaos. They desperately need Ankara's cooperation to stem the flow of migrants crossing into Europe.

As part of the deal, "irregular" migrants — those refused asylum in Greece — are relocated back to Turkey, in return — on a one-for-one basis — for Syrian refugees being relocated to EU member states. The deal includes the acceleration of Turkish accession into the EU and visa-free access for its citizens into the Schengen zone.

We call for an end to use of violence. Societal tensions can only be addressed through democratic processes #Turkey https://t.co/TUfQxCiTUn

There had already been concerns expressed — by the UN Refugee Agency (UNHCR) and many NGOs — over Turkey's human rights record, with many saying Turkey is not a "safe third country" under the terms of the Geneva Convention. Many believe the refugee camps in Turkey do not meet basic human rights needs.

Critics say Turkey will never meet the conditions of the deal — pointing out Erdogan's record of brutal suppression of the Kurds and opposition activists, his clampdown on free speech and the free press, as well as his government's treatment of refugees.

Erdogan told his supporters: "those who launch a coup will have to pay the price for it." Turkey's main opposition Republican People's Party (CHP) said the response to the failed coup attempt must be conducted within the rule of law and that the plotters and those who helped them must be tried in the courts.

In a statement, the European Council said:

"We underline the need for a swift return to Turkey's constitutional order with its checks and balances and stress the importance for the rule of law and fundamental freedoms to prevail."

However, the continuing clampdown by Erdogan is making it less and less likely that Turkey will satisfy the terms of its EU deal raising the specter of more migrants flooding over the border and making their precarious way into Europe.

Some 208 Dead in Turkey Coup Attempt, Over 300 Arrested - Turkish PM