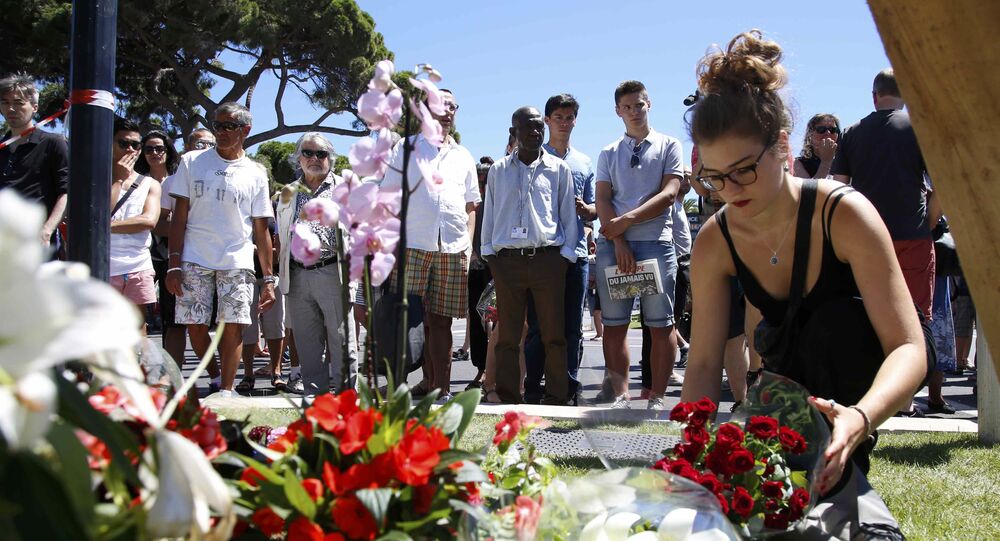 Over 60 percent of French nationals do not trust President Francois Hollande and the country’s government in the measures implemented to fight and defeat terrorism, a poll conducted days after the Nice terror attack revealed.

MOSCOW (Sputnik) – Only 33 percent of respondents expressed confidence in the ability of the state’s authorities to repel the threat of terrorism and carry out the struggle against it, the survey carried out by the French Institute of Public Opinion (IFOP) for the French Le Figaro newspaper showed on Monday.

At the same time, 81 percent of individuals agree to accept more controls and limit their freedom to some extent to ensure safety, the poll’s results indicated.

© AFP 2020 / Valery HACHE
Nice Assailant Carefully Planned Carnage, Sent $110,000 to Family in Tunisia Before Attack
According to the poll, 99 percent of the survey’s participants assess the terror threat in the country as being "high" or "very high."

On July 14, a truck rammed into a large crowd celebrating Bastille Day in the city of Nice. At least 84 people, including children, were killed and hundreds of others were injured. The French investigation found that the person behind the attack was 31-year-old resident of Nice of Tunisian origins Mohamed Lahouaiej Bouhlel.

On July 16, media reported that IS, which is outlawed in many countries, including Russia, claimed responsibility for the attack.