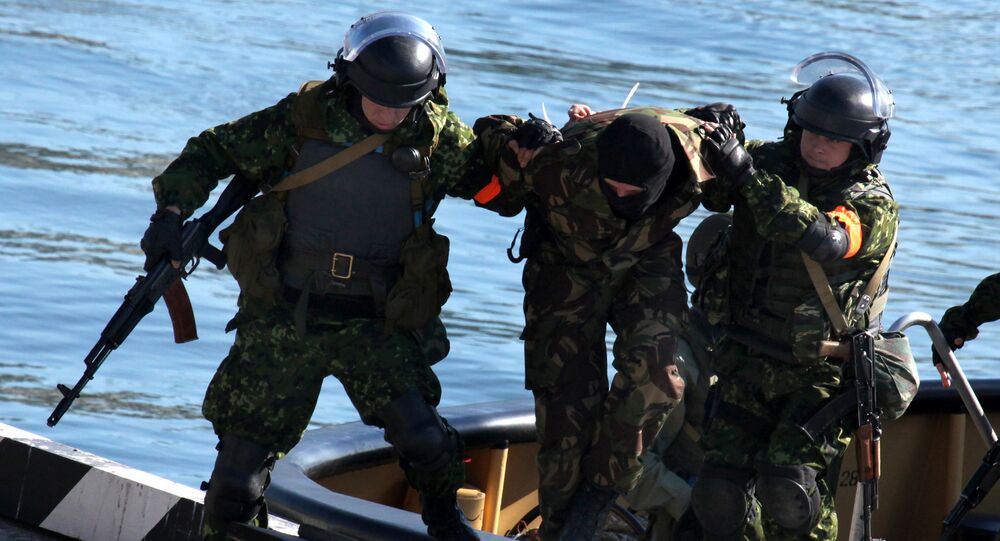 In the wake of Thursday night’s deadly truck attack in Nice, Radio Sputnik asked Alain Rodier, deputy head of the French Center for Intelligence Studies, to speak about existing methods of fighting terrorism and ways to make this fight more efficient.

© REUTERS / Max Rossi
France Faces Long Fight Against Terrorism, Up to Challenge – Hollande
“Al-Qaeda, which we often tend to forget about, and Daesh use  the so-called  ‘lone wolves’  and through English-language magazines like Inspire and Dabiq they are recruiting followers worldwide providing them with detailed instructions,” Alain Rodier said.

In one of its 2010 issues Inspire described a method of using trucks to kill people during public gatherings. As for Daesh, their ‘official representative’ Muhammed al-Adnani mentioned this very same technique their followers could use in their war on ‘infidels.’

“Al-Qaeda and Daesh wrote about these methods in their magazines,” Alain Rodier said.

Speaking about the French government’s decision to extend the nationwide state of emergency by another three months, Alain Rodier said it was a way to go, but added that it still did not rule out a repetition of what happened in Nice.

He said that even in Israel, where a state of emergency is never called off, terrorist attacks do happen, albeit on a lesser scale.

“We have this very same situation here in France. The state of emergency has played a role of course, but, unfortunately, terrorists still manage to do what they do,” Rodier noted.

When asked whether the often criticized Operation Sentinelle, in which combat troops patrol streets and protect key sites, has been effective in preventing terrorist attacks, Alain Rodier said that it meant to show the people that the authorities are looking after them and making the right decisions.

“Despite the purely psychological effect these patrols have on the people, we should not underestimate their actual importance. We have no idea just how many times the presence of army and police units has forced potential terrorists to back off.”

Speaking about more radical means the state could resort to in its fight against terrorism, Alain Rodier said that there were no quick fixes he could think of.

“We need long-term measures, we need to step up our intelligence work and have police doing a better job on the ground. Such things don’t happen overnight though,” he added.

Alain Rodier said the decision to dissolve the General Intelligence Service (Renseignements généraux) had dealt a severe blow  to the country’s on-the-ground intelligence gathering effort and called to bring it back.