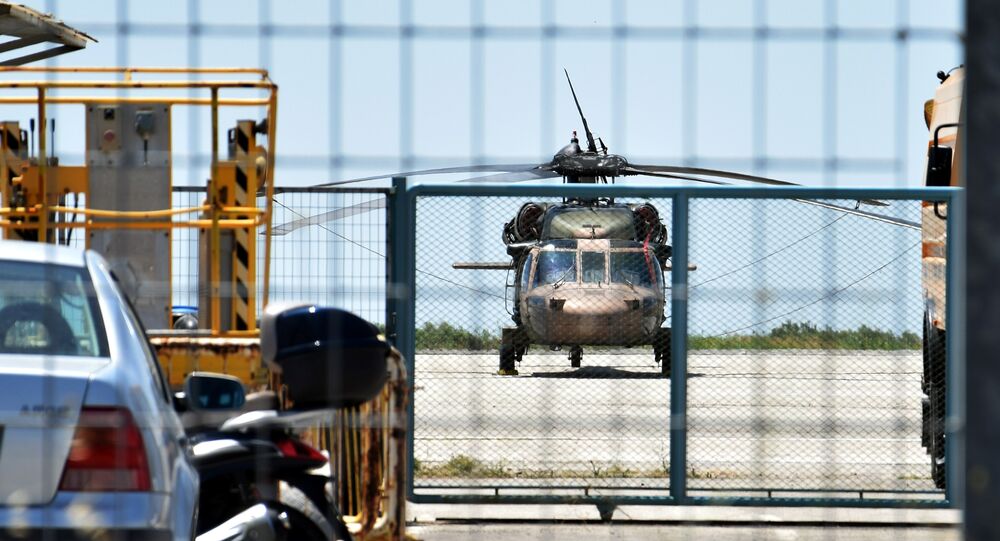 Muslim Minority in Greece Calls For Rally in Support of Erdogan

A statement circulating among the members of the Muslim minority in Greek province of Thrace calls for a rally near the Turkish Consulate General in city of Komotini in support of Turkish President Recep Tayyip Erdogan and the Turkish government, media reported Saturday.

ATHENS (Sputnik) — Earlier in the day, following a coup attempt in Turkey, a helicopter with eight alleged coup supporters on board landed in Alexandroupolis. Turkey asked Greece to return them. The Greek authorities replied that they will return the helicopter but will apply general procedure to the detained passengers who intend to ask for asylum in the country.

© REUTERS / Murad Sezer
Death Toll Rises to 265 from Failed Military Coup in Turkey
According to the "To Vima" newspaper, the statement signed by the Party of Equality, Peace and Friendship, Cultural and Educational Society of Minorities in Western Thrace and the Minority Scientists Association, invites Greek Muslims to come to Alexandroupolis in order to take their stand against the "vile betrayal" of officers who have requested asylum in Greece, and then to rally outside the Turkish Consulate General in Komotini in order to show their support for the legitimately elected government in a neighboring country.

The problem of the Muslim minority is one of the most difficult issues in relations between Greece and Turkey.