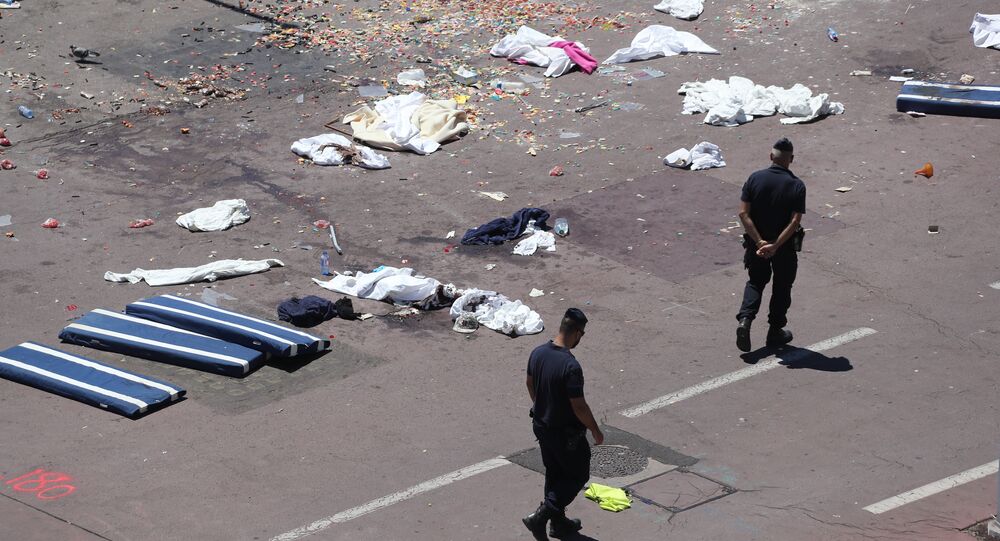 The Swiss authorities have started their own investigation in connection with the terrorist attack in the French city of Nice, which so far found no data indicating the attacker had ties with Switzerland, country's Attorney General Michael Lauber said Saturday.

© REUTERS / Max Rossi
Woman Gives Birth During Nice Attack
MOSCOW (Sputnik) — On Thursday night, a truck rammed into a large crowd that was celebrating Bastille Day in Nice. At least 84 people, including children, were killed and hundreds of others were injured. The French investigation found that the person behind the attack was 31-year-old resident of Nice of Tunisian origins Mohammed Lahouaiej Bouhlel.

The reason behind Switzerland's decision to launch its own investigation was the fact that two Swiss citizens died in the attack, but its aim is to help the two countries to "cooperate more effectively," Lauber said in an interview with SRF radio station.

Lauber noted that the attacks such as the one in Nice are difficult to predict.

"You can not anticipate and know it all, not even at the state level," Lauber said. "At the moment, the most important thing is to help the victims."

Earlier in the day, French Interior Minister Bernard Cazeneuve said that the terrorists in Nice was not on intelligence service's watch list and that, in such cases, it is very difficult to prevent the attack.

Earlier in the day, media reported that the Islamic State (IS) militant group claimed responsibility for the attack.