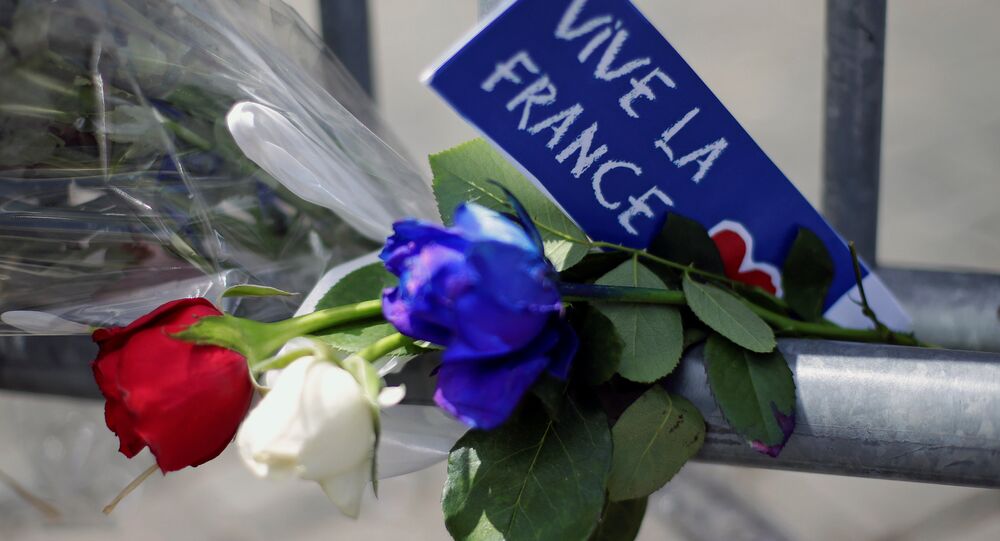 A young woman gave birth during a terrorist attack on the Promenade des Anglais in Nice on Thursday.

© REUTERS / Eric Gaillard
Israeli Media: Truck in Nice Attack was Upgraded With Bulletproof Windshield
The woman who was in her ninth month of pregnancy came to watch fireworks on the Promenade des Anglais in Nice. When the attack started, she experienced contractions due to shock, reported the television channel BFMTV.

She managed to reach a restaurant where the staff took her to the kitchens to hide from the attack.

“Restaurant staff took the woman into the kitchen, where, in the presence of a physician who was nearby, she gave birth to a child and afterwards rescuers came for her and the child,” the channel reported.

On Thursday night a huge truck rammed into large crowd of people celebrating Bastille Day in Nice. At least 84 people, including children, were killed and dozens of others were injured.

The driver was shot dead by police. According to identification documents found inside the truck, the driver was a 31-year-old male resident of Nice of Tunisian origin.