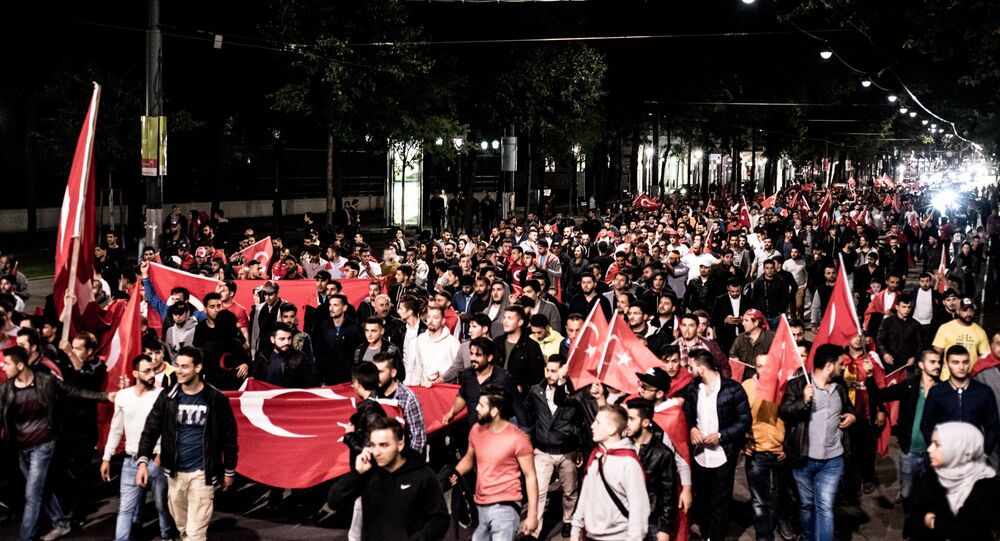 Some 4,000 Turkish nationals gathered on Friday night near the country's embassy in Vienna, Austria, to support Turkish President Recep Tayyip Erdogan during the attempted coup in Turkey, media reported on Saturday.

VIENNA (Sputnik) — Der Standar outlet reported that people started to appear near embassy after reports of military coup attempt in Turkey were made.

The media noted that the meeting was carried out peacefully, the participants were holding Turkish flags.

At the same time, over 1,000 of Turkish nationals gathered near the country's embassy in Berlin, Germany, to support Turkey's unity, media reported.

© REUTERS / Tumay Berkin
Turkish Coup Attempt Was Led by Ex-Commander of Turkish Air Force - Reports
Late on Friday, Turkish authorities said that an attempted coup took place in the country. Turkish President Recep Tayyip Erdogan urged Turkish citizens to take to streets, stating that the coup attempt was carried out by a small group within the military.

British Airways Cancels Flights to and From Turkey After Coup Attempt

Turkish Helicopter Landed in Greece Had 3 Officers, 5 Soldiers on Board