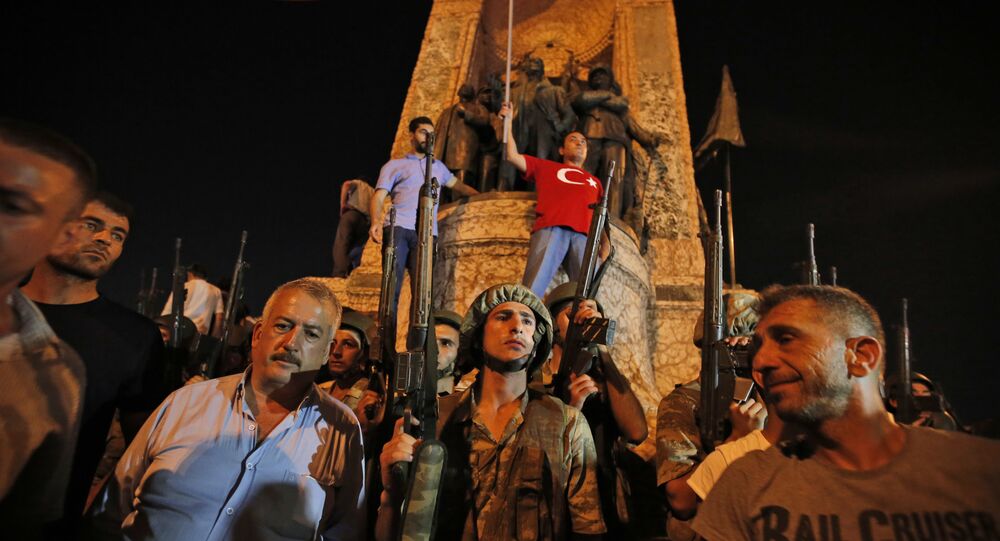 EU High Representative for Foreign Affairs Federica Mogherini and EU Commissioner for Neighbourhood Policy and Enlargement Negotiations Johannes Hahn said in a joint statement on Saturday that the constitutional order in Turkey should be restored, as well as rule of law and freedoms should prevail.

MOSCOW (Sputnik) — Late on Friday, Turkish authorities said that an attempted coup is taking place in the country. Turkish President Recep Tayyip Erdogan urged Turkish citizens to take to streets, stating that the coup attempt was carried out by a small group within the military.

"We condemn the attempted coup in Turkey and reiterate our full support to the democratic institutions of the country <…> We underline the need for a swift return to Turkey's constitutional order with its checks and balances and stress the importance for the rule of law and fundamental freedoms to prevail," the statement said.

© REUTERS / Stringer
Turkey Will Consider Return to Death Penalty After Coup Attempt - Turkish PM
The statement added that EU officials had also called for restraint and responsibility in the activities of Turkish police and security forces to prevent further casualties.