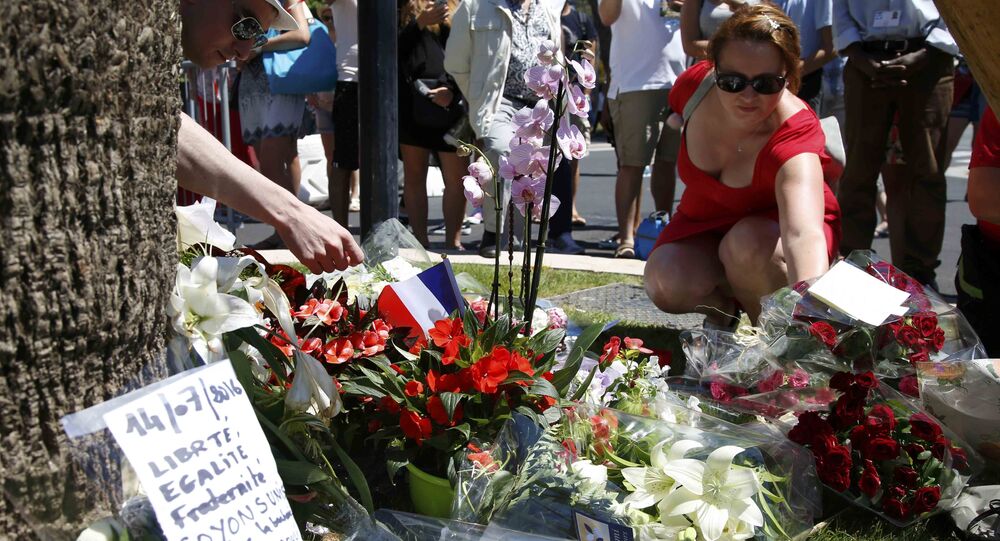 'Individual Jihad': What is Behind Recurrent Terrorist Attacks in France

In an interview with Sputnik, political expert Alexandre Del Valle commented on the recent terrorist attack in Nice. According to him, the attack was predictable and corresponds to a new terrorism strategy announced by the Islamists.

Del Valle noted that terrorists announced a new strategy that has already been repeatedly debated in the media.

"The new strategy targets the south of Europe, where the beaches and tourist areas are located. The goal is to cause panic and intimidate the unfaithful ones during their holidays. Apparently it was not known where, but our [intelligence] services were aware about it and feared something like that," Del Valle told Sputnik.

© REUTERS / Eric Gaillard
Israeli Media: Truck in Nice Attack was Upgraded With Bulletproof Windshield
According to the expert, the terrorist attack in Nice is an example of a delocalized, individual and autonomous jihad, which can be waged by anyone and anytime.

"The man who sits in the truck and drives it into the crowd — this is fully in line with the concept of individual jihad, which the Islamic State promoted more than a year ago and called for killing the unfaithful ones in their homes, everywhere, no matter how. This is a global jihad, which is very difficult to fight," the expert said.

At least 84 people, including children, were killed and dozens of others were injured on Thursday night, when a truck rammed into a large crowd that was celebrating Bastille Day in Nice. The driver who according to identification documents found inside the truck, was a 31-year-old male resident of Nice of Tunisian origin, was shot dead by the police.

According to Del Valle, there are several reasons why France has repeatedly become a target of terrorists.

"The Islamists view France as an unfaithful country that most of all offended the Prophet and Islam, and limited the rights of radical Muslims, or even just those who strictly follow the rituals. Secondly, it is also a country which is home to most Muslims in Europe," Del Valle said.

The recent attack in Nice has added to a series of terrorist acts in France. France has been plagued by terrorist attacks in recent months, including a deadly shooting at the office of the Charlie Hebdo magazine and the hostage crisis at a kosher supermarket in Paris on January 7-9, 2015, as well as coordinated shootings and bombings at the Bataclan theatre, the Stade de France stadium and other location in the French capital on November 13, 2015.

Three US Students From California Injured in Nice Attack, 1 Missing