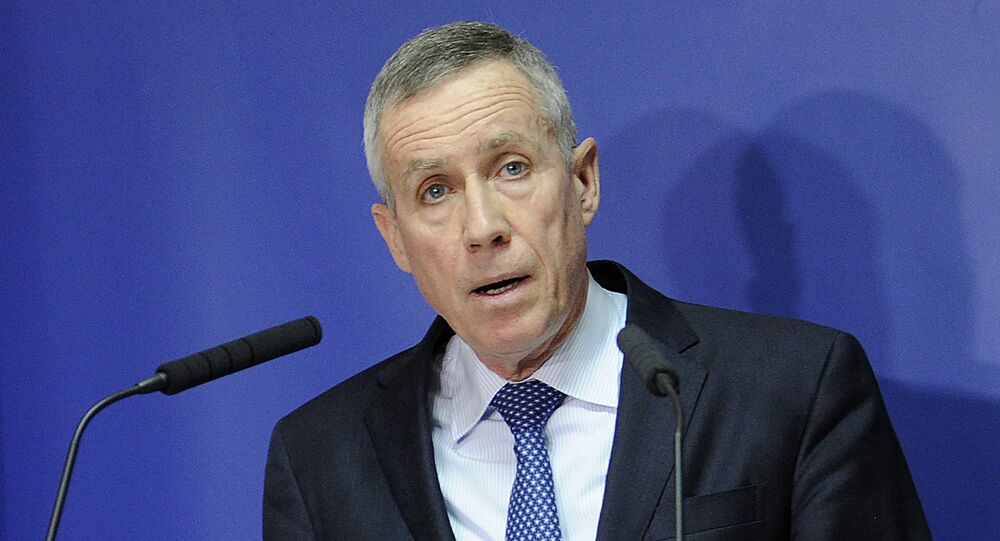 The French prosecutor confirmed through fingerprints earlier in the day the identity of Mohamed Lahouaiej Bouhlel, whose documents were found inside the truck used to kill 84 people and injure scores more during Bastille Day celebrations late Thursday.

However, the suspect was unknown to the French intelligence services, the prosecutor said. Investigation is still ascertaining whether Bouhlel was working alone or in a group.

"It is unknown whether he had any links to terrorists," Molins said at a press conference.

He said that the investigation will focus on finding such possible links.

"The investigation will focus on finding Mohamed Lahouaiej Bouhlel's [the truck driver] possible links to criminal terrorist Islamist organizations. Because, I remind, even though no group has claimed responsibility for yesterday's terror attack, such actions are in line with permanent calls of terrorist organizations for killings that they post in texts and videos being disseminated," Molins said.

© Flickr / Julien
Nice Attack Suspect Had No Criminal Record in Tunisia - Source
Bouhlel was "known to police and justice department for acts of violence, thefts and vandalism committed between 2010 and 2016," Molins added.

On March 24, Bouhlel was sentenced by Nice Criminal Court to six month in prison for the "armed assault" comitted in January.

According to the preliminary data, the drive was alone in the cabin of the truck. The identity of the Nice attacker confirmed as Mohamed Lahouaiej Bouhlel.

The 31-year-old Bouhlel was born of Tunisia and lived in Nice, divorced with children. His ex-wife was taken into custody, the prosecutor added.

The prosecutor also said that nobody has claimed the responsibility for the attack yet, but the Nice attack is typical of terrorist organizations.

"[The investigation] will try to determine whether he had accomplices [and] it will also try to find out whether Mohamed Laouaiej Bouhlel had ties to Islamist terrorist organisations," Francois Molins told at the press conference. "Although yesterday's attack has not been claimed, this sort of thing fits in perfectly with calls for murder from such terrorist organisations."

"Eighty four people have died, including ten children and teenagers," Molins said at the press conference.

The prosecutor added that 52 injured people remain in a critical condition.

"A total of 200 people were injured, 52 of them are in a critical condition including 25 in intensive care," he said.

© REUTERS / Eric Gaillard
Tunisia Prosecutor Orders Criminal Investigation Into Nice Attack Suspect - Source
Molins also said that the truck driver, who was alone in the vehicle, opened fire on three police officers that provoked them to return fire and kill the attacker.

He added that police found a real pistol, a fake pistol, two fake assault rifles and a used grenade in the truck.