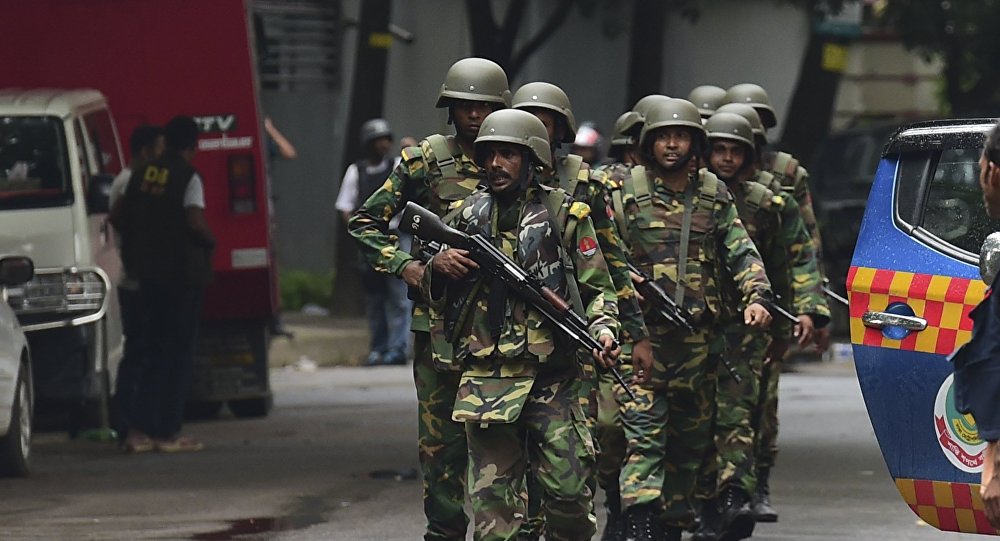 With the lives of nine Italians tragically lost recently after being taken hostage and killed in Bangladesh all but ignored by international media, Sputnik met with Gianluca Salviato, an Italian engineer who was abducted in Libya in 2014 and spent 243 days in captivity. He described his ordeal in a book, titled “That Morning on My Way to Tobruk.”

“I know how it feels when you have a Kalashnikov assault rifle pointed at you and when you are about to die. I have respect for anyone who has gone through all this and survived. In my book, which I started writing last year, I relive these terrible moments. Sometimes, overwhelmed by emotions, I stopped, unable to write any further,” Gianluca said.

He said he hoped that his eyewitness account would help people realize what one feels when he is taken away and the moral and physical pain he goes through.

“People need to know what Daesh is doing to innocent people,” Gianluca emphasized.

“You don’t see many symbolic terrorist attacks, like [on] the Twin Towers in New York or the Charlie Hebdo office in Paris happening these days. The terrorists just execute their victims, blow them up and cut their throats. It still looks like there are first-class victims and second-class victims. Those killed in Dhaka were ordinary technicians, small-time buisinessmen who had gone abroad to earn some money.”

“President Mattarella placed the national flag on the coffins  brought in from Dhaka but declared no period of mourning for the dead. As to those who were abducted in Libya, 18 months on no one remembers them.”

© AP Photo /
Security Forces Storm Bangladesh Restaurant Where Hostages Being Held, 18 Rescued
“Media tend to forget about what happened yesterday. Two trains collided a few days ago, several people were killed and everyone is talking about it. I think we should tell our society about Daesh and what they are doing to people. When in jail I realized that we must fight for freedom every single day, every minute by simply telling  people about the victims of terror. I think that Russians are fighting Daesh better than we do. The terrorists want to take us all hostage, intimidate us and deprive us of a normal life. We must stand up and fight,” Gianluca Salviato said in conclusion.
...
Reddit
Google+
Blogger
Pinterest
StumbleUpon
Telegram
WhatsApp
34

2 Blasts Occur in Restaurant With Hostages in Bangladesh Capital - Reports