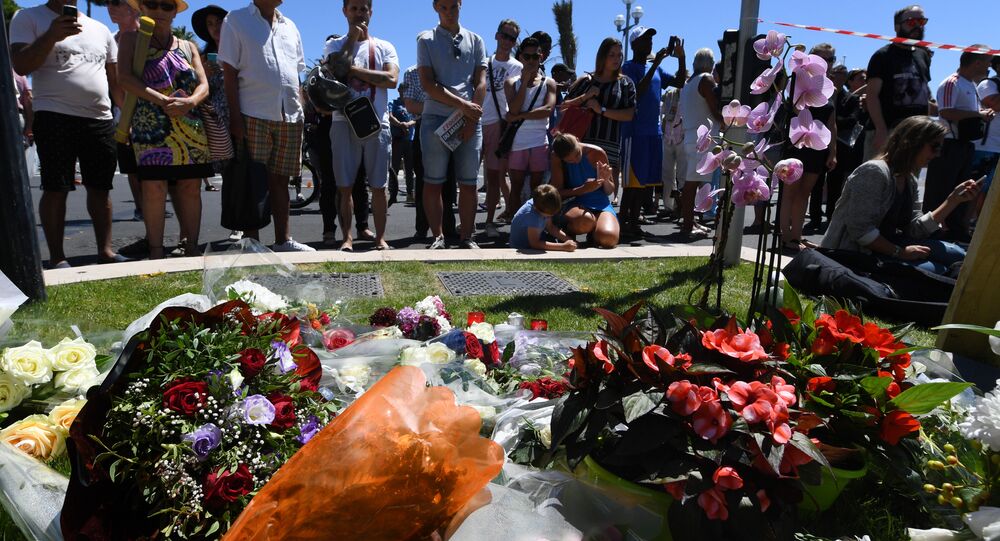 Nice: 'It Was Shocking That the Vehicle Was Able to Plow In at That Speed'

In an interview with Sputnik, Canadian journalist, editor of travel website Vacay.ca, Adrian Brijbassi, who witnessed the aftermath of the attack, shared his impressions about that horrible evening.

"It was shocking that the vehicle was able to plow in at that speed," Brijbassi told Sputnik.

The journalist witnessed how the scene looked right aftermath of the attack.

"I was walking down the promenade to meet with some friends and I was kind of surprised that this place was already empty and people were walking quite quickly away from the waterfront area where a lot of bars and the restaurants are," he said.

© AP Photo / Lionel Cironneau
Nice Airport Evacuated, Military Personell Surround One of the Terminals
At least 84 people were killed and over 100 injured after a truck plowed through a crowd celebrating Bastille Day in the French city of Nice. The tragedy happened after a firework display on Thursday evening. The driver of the truck drove for over a mile through a popular tourist location along the city's waterfront, before being shot dead by police.

When Brijbassi learned about the attack, he became worried about his friends, but then he learned that they were safe. At 1:30 he and some other people, primarily journalists, were able to leave their residences and go closer to the scene. Replying to the question of how the scene looked after the terrorist attack, whether people were still on the streets or whether they were heading to the bars to discuss the horrible events, the journalist said:

"It was quite surreal actually, to walk in the middle of the street on the national holiday in a city like this and seeing the bar owners shutting down at 11 o'clock. It was quite a windy night, too, which kind of added a surreal element. People were not out, they were told to stay indoors," he said.

Following the incident French President Francois Hollande addressed the nation and said that the terrorist nature of the attack cannot be denied. He also announced that the state of emergency — that was due to end on 26 July — would be extended for 3 months.

At the same time, Brijbassi believes that people will slowly return to their daily routine in the next few days.

"The streets are now quiet. But I think as the weekend goes on we'll see more and more people going back to life as they normally would," the journalist stated.