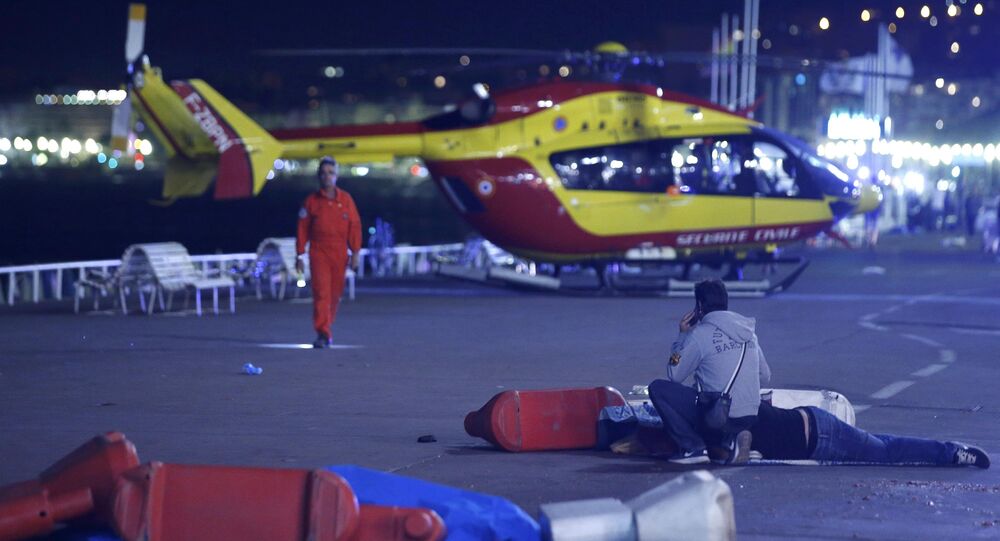 Multiple Casualties After Attack on Bastille Day Celebration in France

Panic in Nice, France after a truck plows into a crowd of people taking part in a Bastille Day celebration.

© REUTERS / Eric Gaillard
Nice Residents Turn to Social Media to Offer Help After Attack
The attack occurred on the seaside walk Promenade des Anglaise during a firework display and has left "tens of dead" according to a Nice politicians. The local prosecutor reports that at least 80 people have been killed. Roughly 120 people are injured, according to police.

While there were rumors of a hostage situation, a French interior ministry spokesman has said this is not the case. The spokesman also said their is no information on the driver's motive at this time.

"Investigations are currently under way to establish if the individual acted alone or if he had accomplices who might have fled," said Pierre-Henry Brandet, the interior ministry spokesperson.

The driver of the truck was killed. He drove the truck 1.2 miles through the crowd before stopping, according to prosecutor Jean-Michel Pretre.

One eyewitness said there were "bodies everywhere." A journalist with the Nice Matin newspaper said there was "a lot of blood and without doubt many injured."

Another eyewitness said the truck accelerate as it hit pedestrians and zigzagged to hit more people.

"Dear Nice residents, the driver of a truck appears to have caused tens of deaths. Stay for the moment in your homes. More info to come," said Christian Estrosi, head of the regional council of Provence-Alpes-Cote d'Azur.

There are also unconfirmed reports of gunfire being exchanged between police and the truck's occupants. Images of the truck show evidence of bullet holes in the windshield.

A number of heavy weapons and grenades were reportedly found inside the truck.

The local prefecture is treating the incident as an attack and is asking people to stay home. Police and emergencies services have rushed to the scene.

In light of the attack, French President Francois Hollande has returned to Paris from Avignon to take part in a crisis center meeting. On Friday, he will attend a security meeting of his closed cabinet.