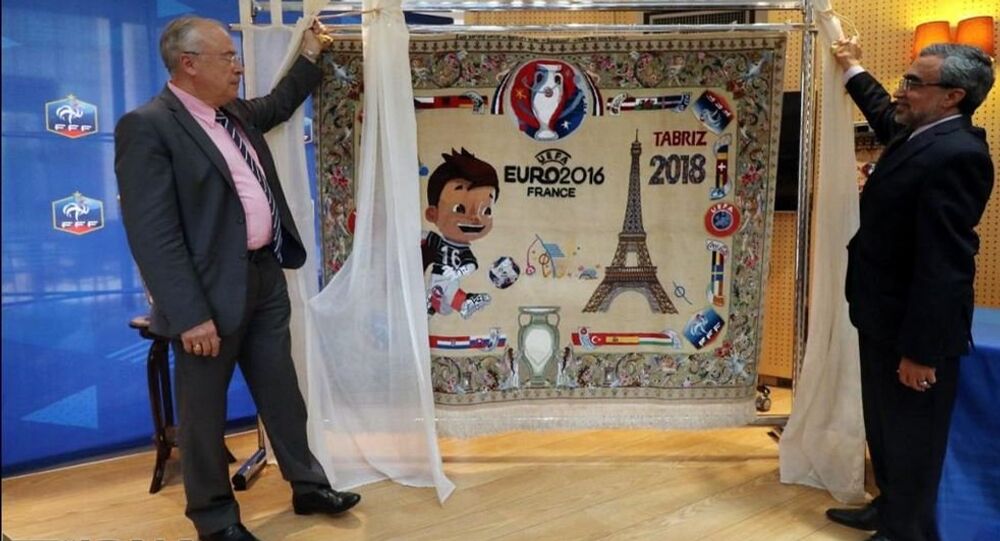 The French were left stunned by their defeat to Portugal in the final match of the Euro 2016 association football championship, but can take comfort in some consolation gifts from Iran.

© REUTERS / Benoit Tessier
Portugal Enraptured Following 1:0 Defeat of France in Football Finals
After making it all the way to the final of the Euro 2016 association football (soccer) tournament, favorites France were defeated 1:0 by Portugal in extra time on Sunday.

While all did not go according to plan on the football field for Les Bleus, Iran has presented France with a worthy consolation gift, as a gesture of thanks for hosting the tournament.

​​The rug is decorated with France's famous Eiffel Tower, the Super Victor tournament mascot, and the national flags of the countries which took part.

It was woven by expert carpet makers in Tabriz, the capital of Iran's East Azerbaijan Province and a famous center of carpet making.

France Beats Germany at Euro 2016, Setting Up Battle With Portugal