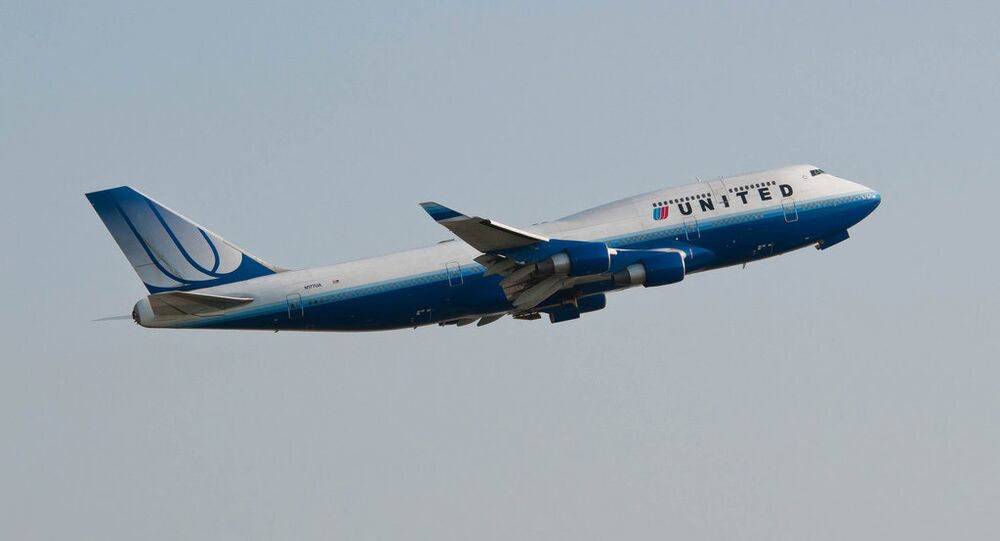 A passenger plane of the US United Airlines UA929 flying from London to Chicago which declared the emergency due to fuel issue landed safely at the Edinburgh airport.

EDINBURGH (Sputnik) — A passenger plane of the US United Airlines UA929 flying from London to Chicago safely landed on Tuesday at the Edinburgh airport after declaring emergency over Scotland, a spokesperson for the Scottish police said.

"Police at Edinburgh Airport were working with other emergency services to assist with the landing of an aircraft which was experiencing difficulty…The plane landed safely around 9.45am," the spokesperson told reporters.

© AP Photo / Michel Euler
United Airlines Jet Bound for Chicago Diverted to Edinburgh After Emergency
According to an air traffic tracking website, the aircraft declared the emergency due to fuel issue.

Earlier in the day, airlive.net. reported that the aircraft had entered the holding pattern to burn fuel and was circling 26,000 feet over the Scottish capital at the time of the emergency reporting.

According to a Sputnik correspondent, the airport remains operational.