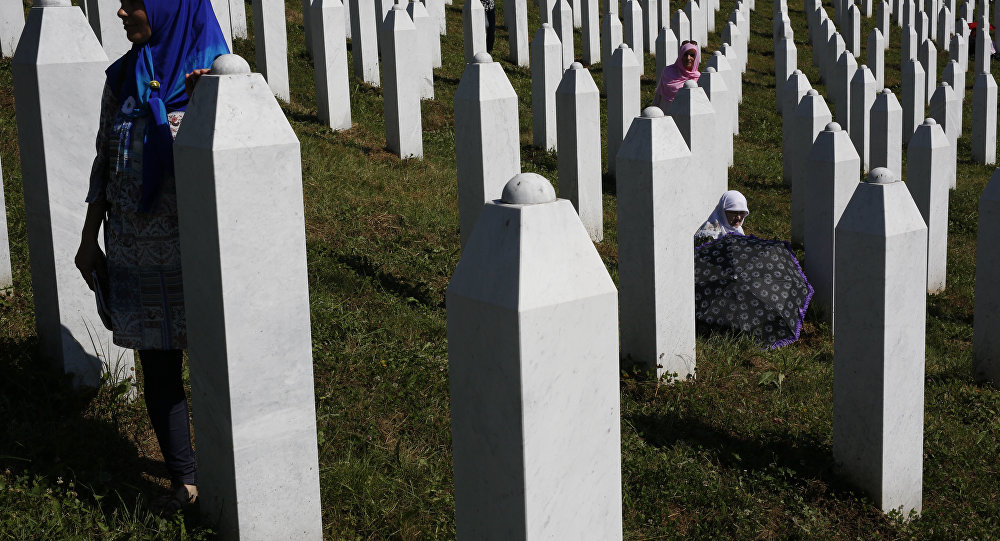 Most of Serbians are against dividing victims of the Srebrenica mass killings into categories and distinguishing Muslim victims only, Sanda Raskovic Ivic, the president of the Democratic Party of Serbia, told Sputnik.

Srebrenica Memorial Events Aimed at Forcing Serbia Into Admitting Genocide
MOSCOW (Sputnik) – Monday marks the 21st anniversary of the killings, including of Bosnian Muslism boys and men, in Srebrenica by Bosnian Serb forces. Earlier in July, Mayor of Srebrenica Camil Durakovic said that Serbia’s prime minister was not welcome to attend commemoration ceremonies in Srebrenica.

"In Srebrenica, there was a crime, but it was not only a crime aimed against Muslim population, it was a crime on Serbian population. So, we have Serbian and Muslim Serbian [victims] at the same time. I personally and my party and most of the people in Serbia are opposing the fact that the victims should be divided into the victims of first category and second category," Raskovic Ivic said.

In March, the International Criminal Tribunal for the former Yugoslavia (ICTY) in the Hague found former President of the Republika Srpska Radovan Karadzic guilty of genocide in the Srebrenica region’s 1995 massacre.

In July 1995, some 8,000 Muslim men and boys were killed in Srebrenica after the town was occupied by units of the army of Republika Srpska under the command of Gen. Ratko Mladic.

In July 2015, Russia vetoed a draft resolution in the UN Security Council submitted by the United Kingdom that would condemn the 1995 Srebrenica events as a crime of genocide. According to Russia's UN envoy Vitaly Churkin, the adoption of the resolution with such a classification of the events would have aggravated the situation in the region, as the there is no consensus on this classification either in the region, or in Bosnia and Herzegovina itself.

In June 2015, Russian Foreign Minister Sergei Lavrov said that the resolution incorrectly interpreted what happened in Srebrenica from a legal point of view.