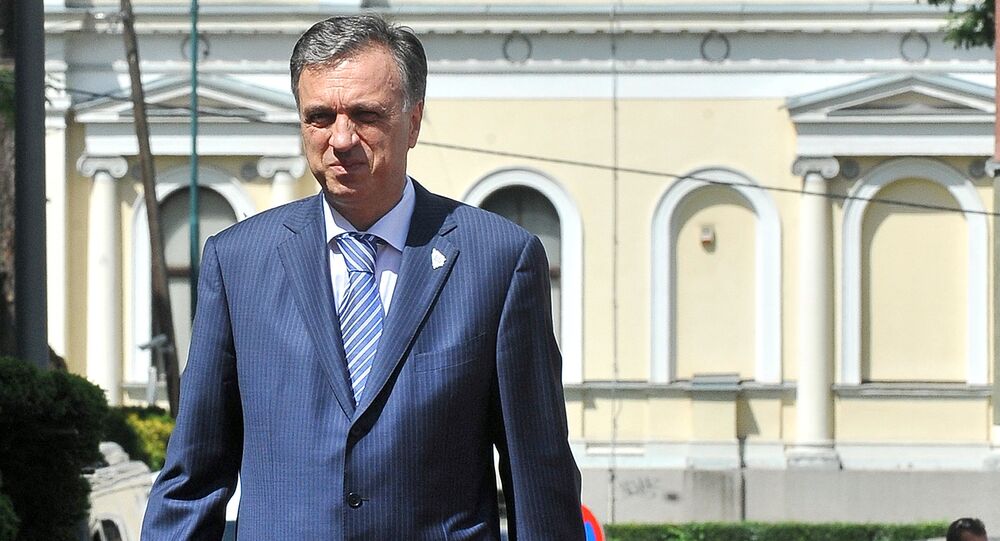 Filip Vujanovic announced on Monday that parliamentary elections in the country would be held on October 16.

© REUTERS / Jonathan Ernst
No Country Ready to Join NATO After Montenegro, US Open to New Members
MOSCOW (Sputnik) – Montenegro's President Filip Vujanovic announced on Monday that parliamentary elections in the country would be held on October 16.

"Montenegrin President Filip Vujanovic has adopted a decision to call the elections for deputies of the Parliament of Montenegro today. Elections will be held on October 16, 2016. This decision shall enter into force upon its adoption," the statement on the presidential website said.

Montenegro's law stipulates that the elections must be held minimum 60 days and maximum 100 days after being called.

The October elections will be the tenth parliamentary elections since the introduction of multiparty system in Montenegro as part of Yugoslavia and subsequent state unions, and fourth since Montenegro proclaimed independence in 2006.

Previous parliamentary elections in Montenegro were held on October 14, 2012.

In January, the government of Montenegro headed by Prime Minister Milo Djukanovic won the confidence vote in parliament, which it faced after NATO Secretary General Jens Stoltenberg invited Montenegro to join the military alliance in December, prompting opposition protests.