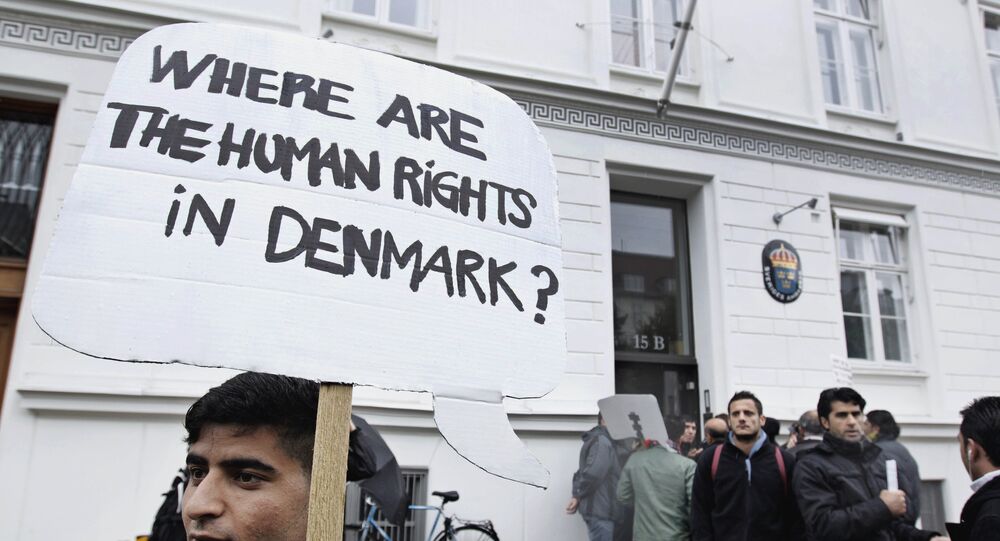 The number of refugees volunteering to return home as part of Denmark's repatriation program is falling, according to figures from the Danish Refugee Council. Although the country's ruling party bloc is struggling to turn the tide, this has proven to be easier said than done.

© Wikipedia
Pain or Gain? Hesitant Denmark Ponders if Migrants are a Setback or a Boon
At present, refugees may voluntarily swap their shelter in Denmark for 131,242 DKK (roughly 20,000 USD) and a single ticket to the country of origin or former residence. An additional 40,027 DKK (roughly 6,000 USD) is paid for every child under 18. Curiously, the appeal of this generous offer seems to be dwindling. Statistics from the Danish Refugee Council, which administers the repatriation routine, show that the number of the repatriates has fallen steadily from 261 in 2011 to 152 in 2015 despite a growing influx of refugees, Danish newspaper Politiko pointed out.

"The system is not working satisfactorily. There has been a marked decline, despite the fact that the number of arrivals Denmark has increased during the same period," Peter Kofod Poulsen, the Danish People's Party's foreign spokesman said, stressing the need for a comprehensive plan for sending more people on their way home. "It is possible to further enlarge the carrot [for those who are] willingly going home, but the system is already quite generous," Kofod stressed.

Oddly enough, other members of the ruling 'blue bloc' concurred with the Danish People's Party, despite its tough anti-immigrant stance often being regarded as Danish politics' enfant terrible.

© AFP 2020 / Bertrand Guay
Despicable DE? Denmark Debuts Ill-Reputed 'Jewelry Law'
At present, the repatriate allowance is paid in two installments: upon departure and after a year in the home country. Additionally, the returnees receive one year's medical insurance. For people over 55 who have lived in Denmark for at least five years, temporary or lifelong reintegration assistance is provided, its size depends on the country of return.

In the years 2011-2015, the number of voluntary returnees dropped, whereas the number of people who have been granted asylum in Denmark has grown significantly from 2,249 in 2011 to 10,849 in 2015. Experts point out that the two curves are difficult to compare, as the level of security has changed as well. The fact that only eight Iraqis accepted the Danish offer (compared to 87 in 2011) clearly indicates that Daesh threats outweigh Danish benefits.

According to the Danish People's Party, which is the locomotive of Denmark's struggle with immigrants, refugees should only be provided shelter until peace has been established in their home countries.

Professionals such as Andreas Kamm of the Danish Refugee Council have pointed out that countries like Syria, Afghanistan and Iraq, which have generated the largest number of refugees, probably won't be safe at any time in the foreseeable future. That means that Denmark won't be able to evict refugees without breaking the international rules it usually abides by. Another argument against Copenhagen sending home more refugees who, it seems, have come to stay is the lack of readmission agreements with a number of countries such as Syria, Eritrea or Iraq.

© CC0
Denmark Launches Mobile Advice App to Bridge Cultural Gap With Refugees
According to Lars Engberg-Pedersen, a senior researcher specializing in development at the Danish Institute for International Studies, using more development money to pressure war-torn countries to take back their nationals won't help either.

"I do not think it will have any effect," Engberg-Pedersen told Politiko. "The experience from development aid shows that it is very difficult to influence a government's policy," he said.