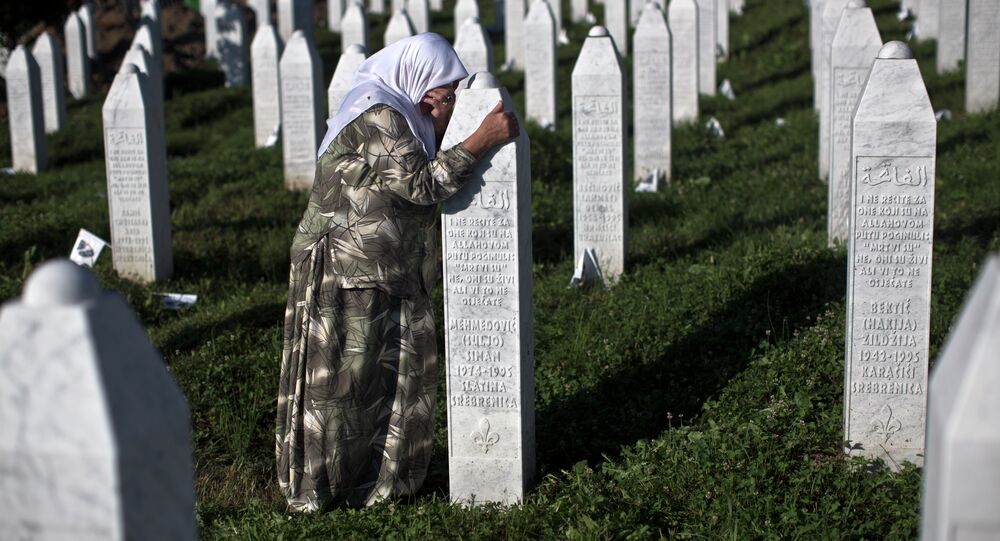 The President of Republika Srpska, an ethnically Serbian entity in Bosnia and Herzegovina (BiH), Milorad Dodik stated that massacre in Srebrenica in 1995 which took place on July 11 was not an act of genocide.

© Sputnik / Alexei Druzhinin
Serbia Grateful for Russia’s Support in UN Votes on Srebrenica, Kosovo
MOSCOW (Sputnik) — The President of Republika Srpska, an ethnically Serbian entity in Bosnia and Herzegovina (BiH), Milorad Dodik said that Republika Srpska will never recognize massacre in Srebrenica in 1995 as an act of genocide as it was not a genocide, local media reported Monday.

July 11 marks the 21st anniversary of the massacre in Potocari, near Srebrenica. In July 1995, some 8,000 Muslim men and boys were killed in Srebrenica after the town was occupied by units of the army of Republika Srpska under the command of Gen. Ratko Mladic.

According to the Blic newspaper, Dodik's statement comes as a response to Vice-President of Republika Srpska, Ramiz Alkic, who said that no reconciliation can take place in BiH unless Serbs recognize the genocide in Srebrenica.

© AFP 2020 / STRINGER
Srebrenica Massacre a Crime, Not Genocide – Russian Lawmaker
Dodik stressed it was easily noticeable when relatives of Srebrenica's victims mourned and when they acted politically, according to the paper.

He also noted that the BiH Council of Ministers decided to proclaim Monday as day of mourning in BiH, which it has no powers to do.

Serbian President Thanks Putin for Russia's Stance on Srebrenica Massacre