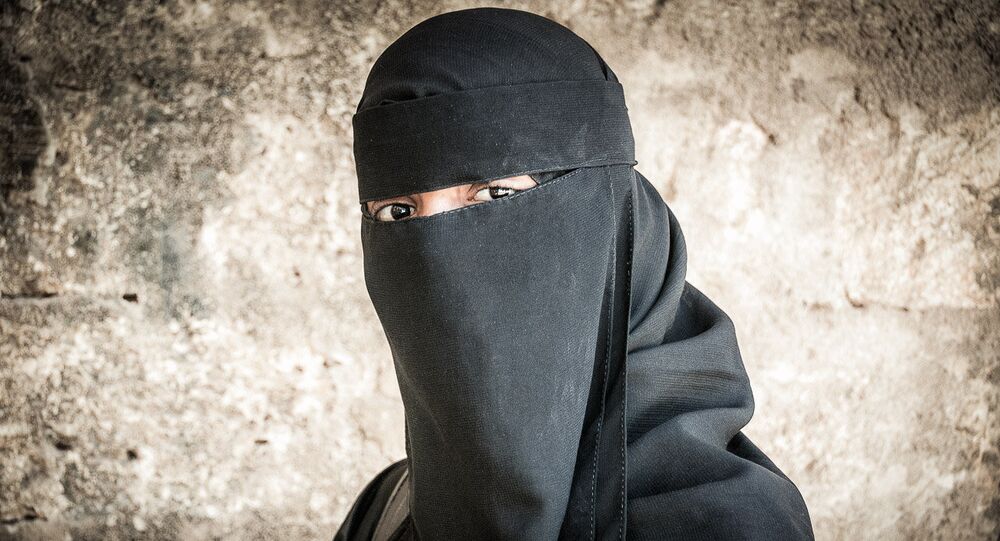 The Swiss canton of Ticino has imposed a ban on burkas - a full body cloak worn by some Muslim women. Under the new controversial law anyone covering their face with a veil will be fined up to 10 thousand dollars.

© Sputnik / Natalya Grebenyuk
Kosovo May Become Gateway for Radical Islam to Europe - Serbian Envoy
In an interview with Sputnik, prominent campaigner for the rights of Muslims Rachid Nekkaz commented on the issue. The businessman and political activist from Paris established a one million dollar fund to help women pay the fines imposed against them by the law.

"The law is a declaration of war against human rights and the Muslim community," the activist told Radio Sputnik. "I can't accept this. That is why I created a fund of one million euros six years ago and paid all the fines against women wearing niqabs in Europe," he added.

Majority of voters — 65% — supported the ban on Islamic face-covering clothing during a referendum in 2013. In response to the question on what reasons might have been behind such decision, Nekkaz said:

"I think there is a fear of Islam in Europe. Everyday mass media show for example Islamic State, ISIS […] and then the European population is afraid of Islam and the Islamic community," he said.

© AFP 2020 / PHILIPPE HUGUEN
Muslim Refugee Inflow to Europe May Result in 'Intercivilizational' Conflict
According to Nekkaz, the situation may become even more complicated in the future. Therefore it is important to launch an information campaign in order to stop "a legal war against Muslim women in Europe."

"It is important to show to the European population that most of the Muslim community in Europe is peaceful, is respecting the law," the activist said.

A recent study showed that the vast majority of EU citizens are concerned about the increase in Muslim immigration into their respective countries, amid a prevailing fear that terrorist attacks are more likely to occur across the bloc.