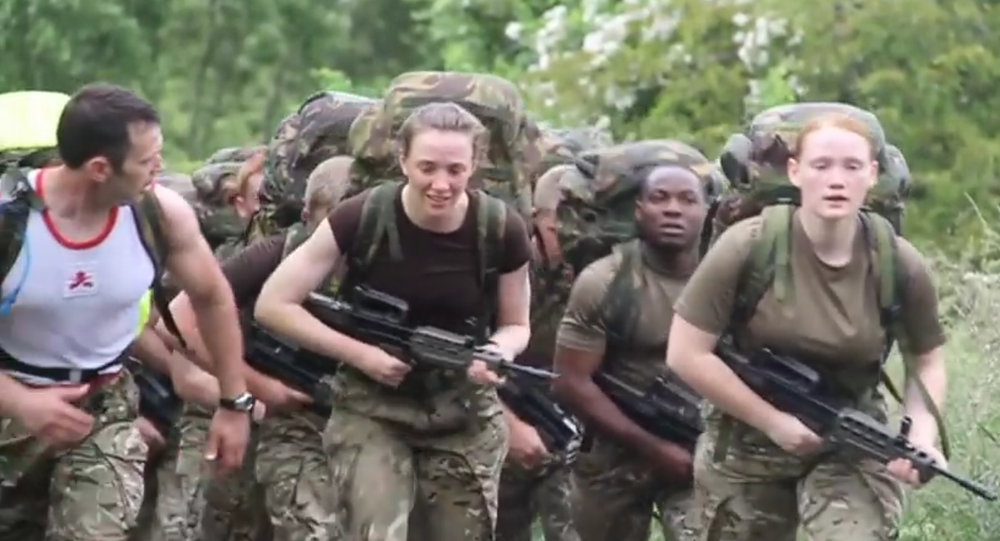 A ban on women serving in frontline roles in the British military has been lifted by Prime Minister David Cameron, the UK government said in a statement Friday.

MOSCOW (Sputnik) — According to the statement, the decision was made after extensive research that looked into three areas of potential risk to women on the frontline: injury, psychological issues and reproductive health.

"The Prime Minister and the Defence Secretary have today welcomed the recommendation of the Chief of the General Staff, General Sir Nick Carter, that the ban on women serving in ground close combat roles be lifted from this year," the statement reads.

© Sputnik / Ekaterina Shtukina
War Couture: Female Military Style Around the World
20
"It is vital that our Armed Forces are world class and reflect the society we live in. Lifting this ban is a major step. It will ensure the Armed Forces can make the most of all their talent and increase opportunities for women to serve in the full range of roles," Cameron was quoted as saying in the statement.

Such counties as Israel, Australia and the United States allow women to serve on the frontline.