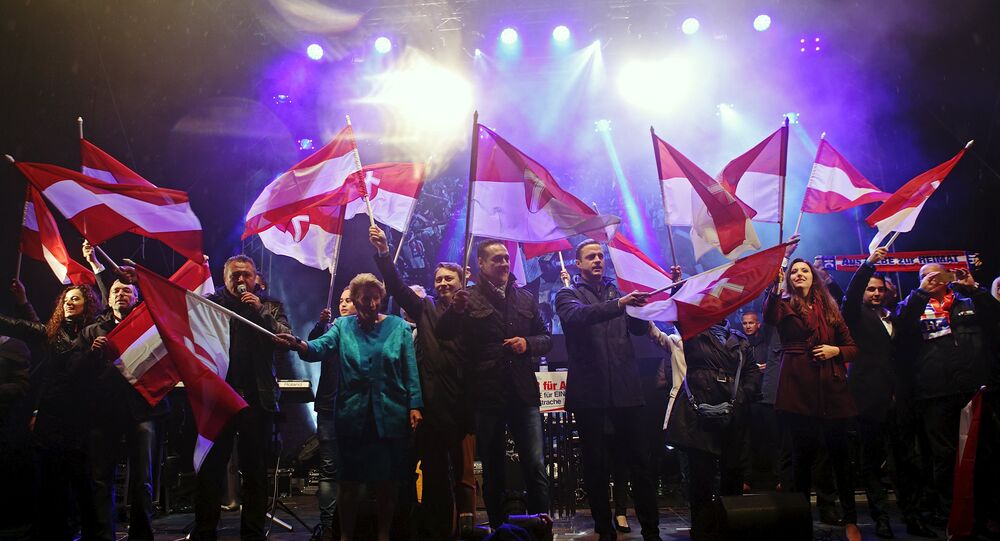 The Freedom Party of Austria (FPO) intends to demand that Brussels delegate greater authority to the national governments of the EU member states.

© Flickr / Nic Piégsa
Austria's Withdrawal From EU 'to Depend on Future Developments in Europe'
The right-wing party declared its intent to amend the EU mechanisms in order to make them more transparent. If, however, the EU leadership refuses to take their concerns into consideration, FPO is ready to push for a referendum on whether or not Austria should remain a member of the union, party representative Barbara Kappel told Russian newspaper Izvestia.

"Our party’s stance is clear – the EU structure must be reformed. The changes must first and foremost affect the matters of foreign and domestic security, counterterrorism operations and the transparency of the decision-making process. Right now Brussels should direct all of its efforts at amending the core principles of the union instead of redesigning its foreign policy. If that doesn’t happen or if the process of integrating Turkey into the EU is given a go, Austria will hold a referendum just like the one that took place in UK," she declared.

According to Kappel, FPO also seeks to improve the Austrian election system to improve its transparency and to avoid possible violations like those that prompted the country’s Constitutional Court to nullify the results of the May 22 Austrian presidential elections.

"We’re glad that the Constitutional Court ruled to hold the rerun of the presidential elections. The numerous infractions during the election process that were uncovered during the investigation are an utter disgrace. Our party will continue working on improving our country’s election system as it needs to be made more transparent," Kappel said.

Meanwhile, the Organization for Security and Co-Operation in Europe (OSCE) has announced that it will deploy a monitoring mission to Austria to ensure that the upcoming elections run without a hitch. According to Spiegel, both Austrian Interior Minister Wolfgang Sobotka and Foreign Minister Sebastian Kurz have welcomed this development.

On May 22, Austrians voted in the second round of the presidential elections, choosing between independent candidate Alexander Van der Bellen and FPO candidate Norbert Hofer, with the former being elected president after the authorities counted postal votes, despite the fact that Hofer was leading in exit polls. Following the announcement of the results, the FPO filed a complaint with the Constitutional Court.