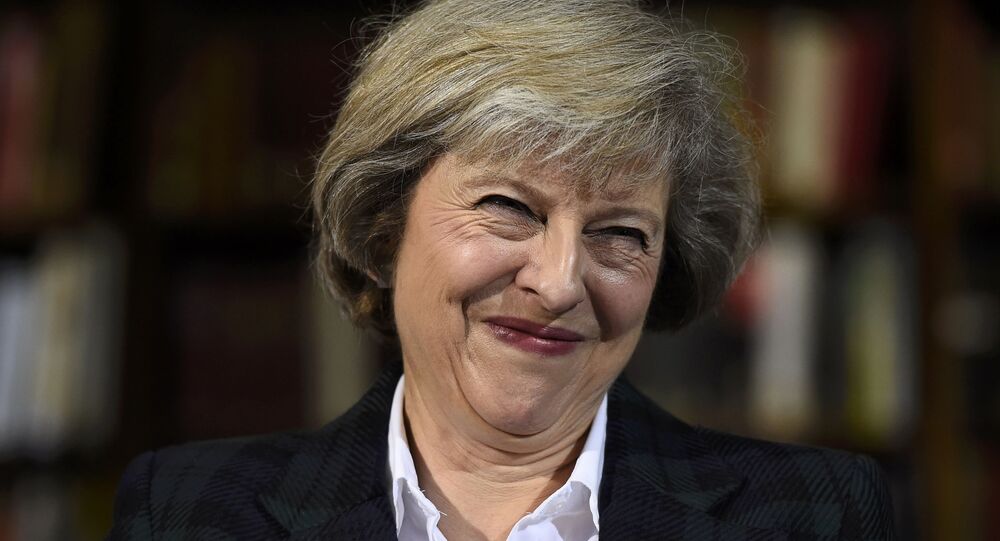 And they're off, the race for Tory leadership is underway and the first poll on the final five reveals Home Secretary Theresa May is more popular than the only other person you've probably heard of, Justice Secretary Michael Gove.

© AFP 2021 / Stefan Rousseau
The Tory Leadership Mystery: Why Did Michael Gove Betray Boris Johnson?
A politician once described by comedian Frankie Boyle as "a women who exudes all the compassion of stage 4 bone cancer," is the current favorite to win the top spot and become Britain's next Prime Minister.

May, also known as Margaret Thatcher #2, campaigned to remain within the European Union — whereas Michael Gove, also known as Brutus, helped his old chum Boris Johnson lead the Leave campaign.

According to a YouGov poll, May is more popular than Gove among both Remain and Leave voters, with 64 percent of Leavers having a favorable opinion of May — compared to 51 percent who view Gove in a favorable fashion.

Rather unsurprisingly, only five percent of Remainers think Gove is okay — 49 percent of them actually like Theresa May more.

​As for the other three, you may or may not have heard of them.

Andrea Leadsom, who looks a bit like Christine Hamilton, wife of former Tory MP Neil Hamilton, is third in the popularity stakes.

Leadsom says she's run her own business, is good at negotiating and still wants to leave the EU, blah blah.​

Liam Fox, former defense secretary — who you may remember was forced to resign after he allowed his mate Adam Werrity to attend meetings at the Ministry of Defense without security clearance — is fourth in line when it comes to public opinion on the Tory leadership contest, according to YouGov.

​A 2011 investigation into Fox by the then-cabinet secretary, found Fox had shown a lack of judgement.

Will Adam Werrity be deputy prime minister if Liam Fox is elected?

​And last — and probably least, is Stephen Crabb, who only got the job as work and pensions secretary because Iain Duncan Smith resigned. Crabb also thinks just because he grew up in a council estate in Wales he has what it takes to become Tory leader.

Hi! Im Stephen Crabb and I'm from a Council Estate so I'm just like you… Honest I really am Just like you #ToryLies

​The race for the Tory top-spot is on in the first leadership challenge for 11 years.