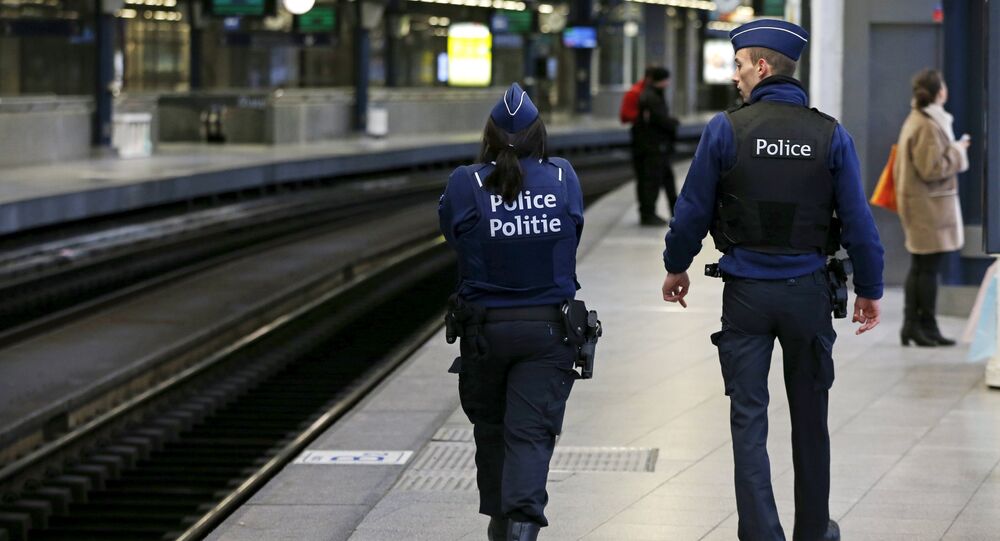 © REUTERS / Christian Hartmann
New Wave of Arrests in Belgium: Police Detain 12 Suspected Terrorists
BRUSSELS (Sputnik) — French police could have arrested the key suspect in the Paris attacks, Salah Abdeslam, if the Belgian intelligence agencies had updated information about him in the Schengen Information System (SIS), which also contains data on wanted persons, local media reported Monday, citing a member of the French parliamentary commission of inquiry into the attacks.

According to Sebastien Pietrasanta, cited by the Belga news agency, if the Belgian side entered the information that Abdeslam was an Islamic extremist who posed danger, he would have been detained without delay.

Following the terrorist attacks, French gendarmes stopped a car carrying Abdeslam at the French-Belgian border but did not detain him.

© REUTERS / Yorick Jansens
Brussels Airport Bombings Suspect Abrini Left Letter Praising Paris Attacks
An hour later, the Belgian authorities informed France about the potential threat posed by Abdeslam, requesting that they arrest him, but it was too late as he had already managed to return to Belgium.

The French parliamentary commission is expected to present the results of its investigation into the November 13 terrorist attacks in Paris on Tuesday.

The series of terrorist attacks carried out across Paris on November 13 claimed 130 lives and injured over 350 people. Abdeslam is believed to have provided logistical support to the suicide bombers and shooters. He was charged with terrorism-related offenses in April.