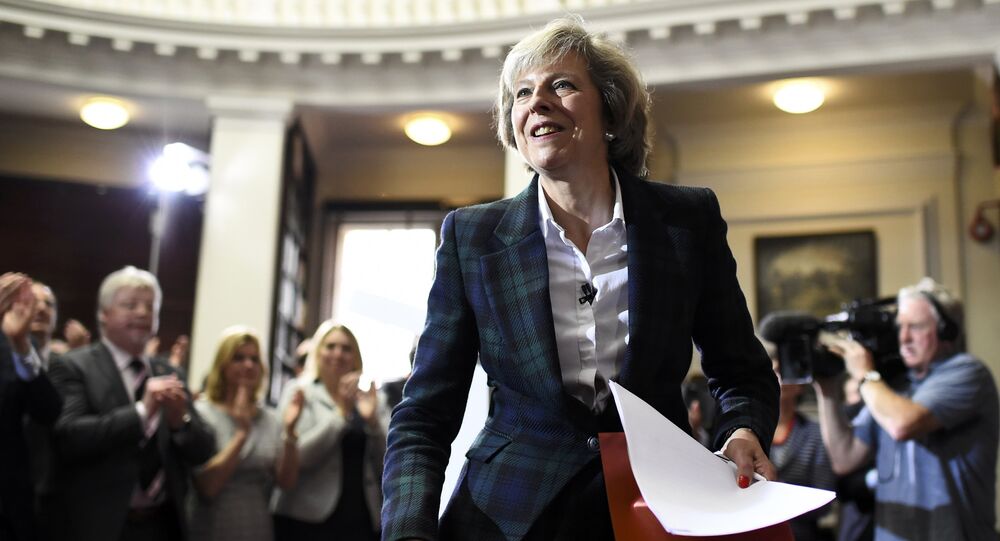 The two leading candidates to become the next British Prime Minister after David Cameron’s resignation, are both women breaking through the glass ceiling, but hold very different opinions on when to start the process the country voted for.

© Flickr / Rareclass
Britain’s Next PM? Leadsom Trounces Gove, Becomes Top Pro-Brexit Candidate
After David Cameron's resignation in the wake of Brexit referendum, two main candidates to become the next PM emerged — the Interior Minister Theresa May, who campaigned for a Remain vote and Minister of State for Energy Andrea Leadsom, a representative of Leave campaign. Whoever wins, they will have to deal with the difficulties Brexit process and it seems that the candidates share significantly different opinions.

According to Theresa May, the UK should not invoke the Article 50 of Lisbon Treaty (which determines the way the country leaves the EU) before the end of the year.

"I don't think it's possible to say there's an absolute deadline, because what's important is that we do this in the right timescale and that we do it to get the right deal for the UK. So I've said that we shouldn't invoke Article 50 immediately. I've said it shouldn't be before the end of the year," May said.

© REUTERS / Dylan Martinez
Theresa May's PM Bid to Shorten UK Uncertainty Period - UK Delegation Head
May insists that negotiation stance should be elaborated and declared before the triggering of Article 50, because after that, changing things would be basically impossible.

Her rival Andrea Leadsom, on the contrary, insists that the UK should trigger Article 50 as soon as possible. She says this will send a clear message of certainty for business.

"What I do believe is that we need to get on with it. We need to seize the opportunity, it's not just about leaving the EU but it's about giving certainty to businesses, it's about saying to the world 'we're open for business, let's get some free trade agreements started as soon as we can," Leadsom said.

The Brexit process is likely to become the key point in PM race, as some, such as Ms Leadsom herself, as well as Justice Minister Michael Gove, believe the next leader should be the Leave supporter (which is not without logic, since the country voted for Leave), while the critics, including Ms May, say the country needs not just the "Brexit leader", but a leader who will rule the country effectively in every aspect.

Remarkably, the instant invoking of Article 50 is advocated by both a number of Conservative MPs inside British Parliament and by leaders of EU countries who suffer from extended period of uncertainty. The fear of oncoming destabilization has made the EU leaders to put pressure on Britain to invoke Article 50 as soon as possible.