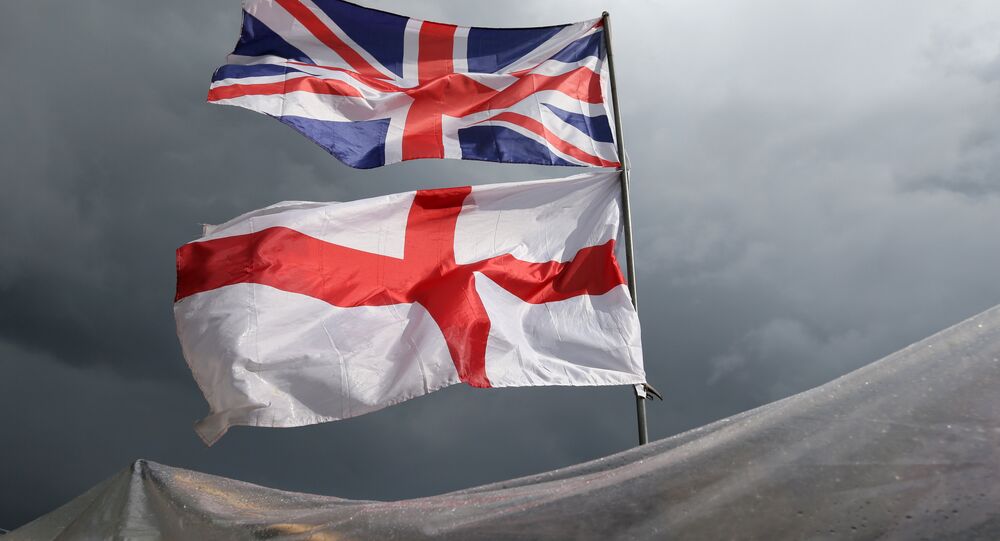 Renewed calls for Irish unity are receiving mass public approval as the UK is in danger of losing more than one province in the wake of their decision to abandon Europe.

The residents of Northern Ireland are lining the streets of Belfast to receive Irish passports and Catholic nationalists once relegated to the backbench of public opinion are now proudly calling for a united Ireland in the wake of the ill-fated Brexit vote that may see a complete unravelling of the United Kingdom.

Northern Ireland, like neighboring Scotland, voted to stay in the European Union with 56 percent in favor despite Britain as a whole voting in favor of leaving the political-economic bloc. The chasm in national vision between the various parts of the United Kingdom are beginning to push even Protestant unionists who have long stood against Irish reunification to call for an exit from Britain’s reach.

"I was always a 'small u' unionist. But I could not in all good conscience say I could vote for Northern Ireland to remain a member of the United Kingdom," said Christopher Woodhouse, a 25-year-old from Belfast. "I am softening to the idea of Irish unity, purely on economic issues. I am a European."

For years, a vast majority of Northern Ireland’s residents – many Catholics and virtually all Protestants – favored remaining part of the United Kingdom citing the economic stability compared to joining hands with their southern kin.

The fallout from Britain’s June 23 vote trounced that tried-and-true status quo calculation sending world markets reeling and erasing trillions of dollars in British wealth overnight while many wonder just what the next shoe to drop will be.

"People are saying for the first time in their life they would vote for united Ireland, having never contemplated it before," said Steven Agnew, the leader of Northern Ireland’s Green Party.

The decision by many of Northern Ireland’s residents to embrace unification is not based on ethnic pride, but rather on the economic calamity that looks to punish the UK’s most impoverished province more than any other.

Northern Ireland’s largest financial institution, Ulster Bank, is already warning that the uncertainty surrounding the terms of Brexit are hindering foreign direct investment into Northern Ireland and look likely to trigger a recession and a surge in unemployment.

A danger also exists, much different than reunification, that in the wake of Brexit that the loss of EU funds for former militants, victims groups, and cross-community youth work tied to the reconciliation between Northern Ireland and the country of Ireland following years of bloody battle may tip the scales to a renewed conflict between north and south.

"We are in danger of a return to conflict – at a low intensity level – if those funds are taken away," said Robert McClenaghan, an Irish Republican Army member turned community worker. "My stomach is churning at all that is happening."

The trigger for renewed fighting among the Irish may ultimately not be the removal of the so-called "peace dividend" distributed by the EU on the condition that the two sides not resume battle, but instead the re-installation of the border checks and military checkpoints of yesteryear which will almost certainly occur to prevent illegal travel by non-EU citizens in the event that Northern Ireland is carried out of the European Union by Westminster.

This was hardly what the Irish nationalist Sinn Fein party had in mind calling on its supporters to go to the polls and vote to remain in the European Union while the largely Protestant unionist DUP party campaigned for Britain to leave the EU knowing full well it would run roughshod on the existing peace arrangement.

Sinn Fein’s party chairman blasted the unionists and Westminster saying that the Brexit vote meant Britain had "forfeited any mandate to represent the interests of people here."

A decision to carry out a referendum remains in the future, but if the vote were carried out today many believe that Northern Ireland would vote in favor of reunification by a small margin.

"Unionists would have to rely on Catholics not wanting to be part of a united Ireland. That has been the trend up to last Friday," said Peter Shirlow, head of the Institute of Irish Studies at the University of Liverpool. "But I think that trend is changing now."

There Will Be No EU Recognition of Kosovo After Brexit