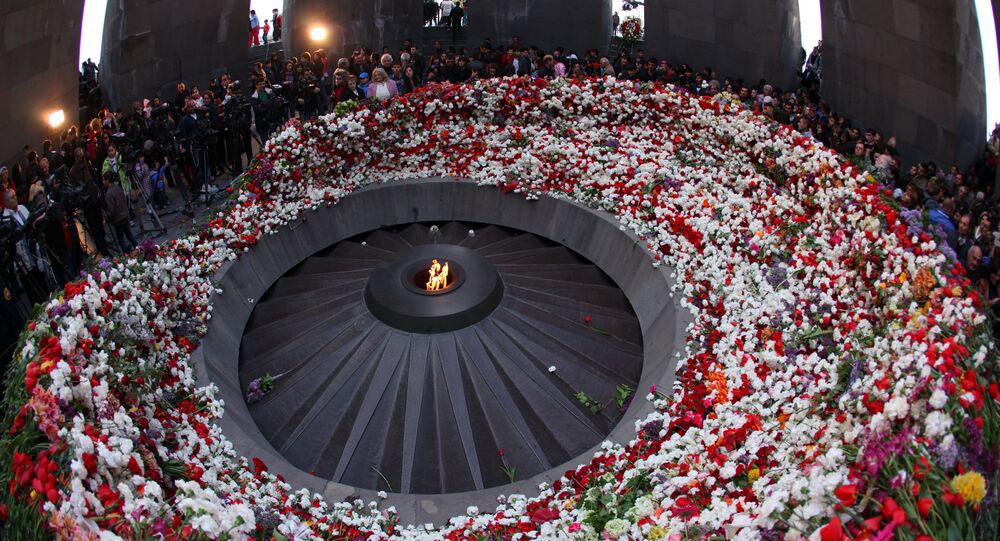 Armenia hopes for the French Senate, the upper house of the Parliament, to adopt the bill criminalizing the denial of the Armenian Genocide, Armenian Foreign Minister Edward Nalbandian said Saturday.

YEREVAN (Sputnik) — On Friday, lower house of the French Parliament approved an amendment to the bill titled "Equality and Citizenship" initiated by the French government, which stipulates a punishment for the Armenian Genocide denial.

"According to the document, the law "Equality and Citizenship" will be amended to provide for the criminalization of denial of genocides and crimes against humanity, including the denial of the Armenian genocide. We hope that the Senate will also approve the bill and that it will become a law. Thus, France will make another important and significant step in the prevention of genocide and crimes against humanity," Nalbandian said.

© Flickr / Hernán Piñera
German Parliament Recognizes Ottoman Crimes Against Armenians in 1915 as Genocide
France recognized the Armenian Genocide in January 2001. However, the provisions on punishment for Armenian Genocide denial were not introduced in the country's legislation as the Constitutional Council, the highest constitutional authority in France, imposed a ban on the adoption of such provisions in February 2012.