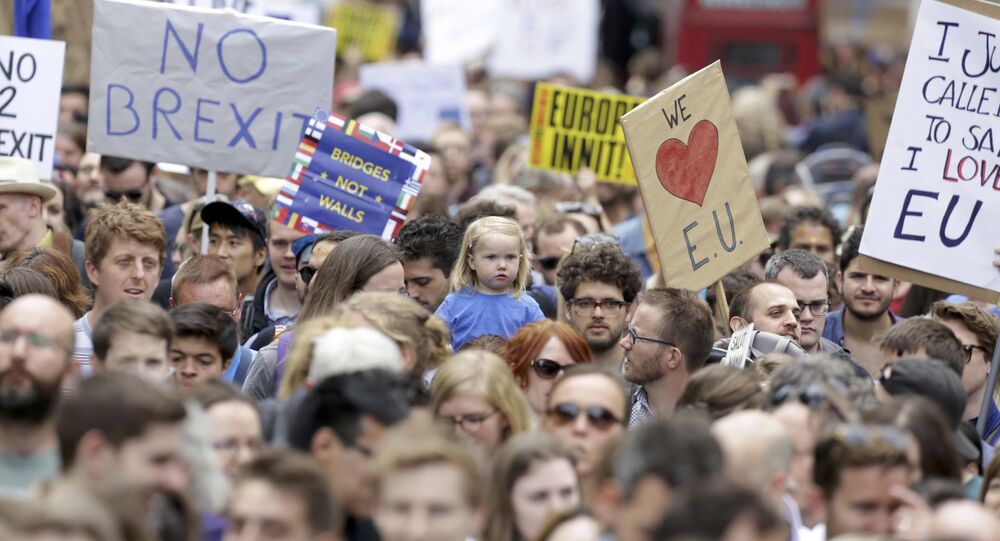 Over 40,000 people from across the United Kingdom, including officials and businessmen, have participated on Saturday in the so-called "March for Europe" in London protesting against UK vote to exit from the European Union, local media reported.

© Flickr / European Parliament
This is Why Russia May be Among Biggest Winners After Brexit
MOSCOW (Sputnik) — According to the Mirror newspaper, the protesters are dressed in the blue and gold colors, people play musical instruments and have pro-EU banners.

"It's OUR future. We want to stay together in Europe! At the March for Britain in Europe!," Tim Farron, the leader of the Liberal Democrats, wrote on his Twitter page.

According to organizers, the event started at 11:00 a.m. local time (10:00GMT) at the Park Lane street and the protesters then moved to the Parliament Square.

A city police spokesperson told RIA Novosti that no public order violations had been registered as of now.