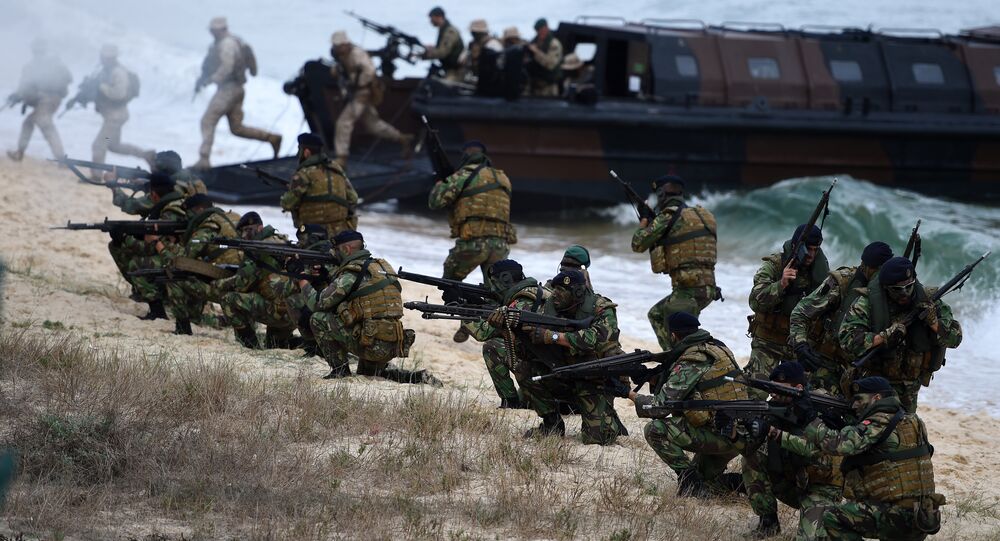 Ahead of the upcoming NATO summit in Warsaw, the military bloc has committed to increasing its troop presence in Eastern Europe, with plans to deploy four rotational battalions in the Baltic region and in Poland. According to leaked emails, these moves are a direct result of aggressive maneuvering by former NATO supreme commander Gen. Philip Breedlove.

The correspondence, obtained by The Intercept, suggests that the aggressive posturing was done behind the back of the Obama administration.

"I may be wrong,…but I do not see this WH [White House] really 'engaged' by working with Europe/NATO. Frankly I think we [NATO] are a 'worry,'…ie a threat to get the nation [the United States] drug [dragged] into a conflict," Breedlove wrote in an email to former US Secretary of State Colin Powell.

"I seek your counsel on two fronts, how to frame this opportunity in a time where all eyes are on ISIL [Daesh] all the time,…and two,… how to work this personally with the POTUS [Obama]."

Breedlove attempted to sway the Obama administration through a number of intermediaries. One email, sent by Breedlove to senior adviser to the Atlantic Council Harlan Ullman, references his plea to Powell.

"My first of him [Powell] though is to help me break through to re-energize interest in Europe/NATO in general," Breedlove wrote. "I think POTUS sees us [NATO] as a threat that must be minimized…ie do not get me [the Obama administration] into a war????"

Increased NATO presence along Russia’s border has been regarded by many on both sides of the fence as an unnecessary provocation. On Thursday, Russian President Vladimir Putin called the alliance’s eastern expansion "a great mistake."

"Today, NATO seems to be making a show of its anti-Russian stance. NATO not only seeks to find in Russia’s actions pretexts to affirm its own legitimacy and the need for its existence, but is also taking genuinely confrontational steps," the Russian president said.

Last month, Russian Foreign Minister Sergei Lavrov stressed that Moscow would not "give in to attempts to drag us into a confrontation."

"We see continued attempts to exert pressure on us, to launch an anti-Russian campaign with the goal of forcing us to abandon our fundamental moral approach to world order problems," he said.

"There is a clear desire to patch up transatlantic discipline on our expense, at the same time undermining Russia’s position as a competitor in the energy and arms markets."