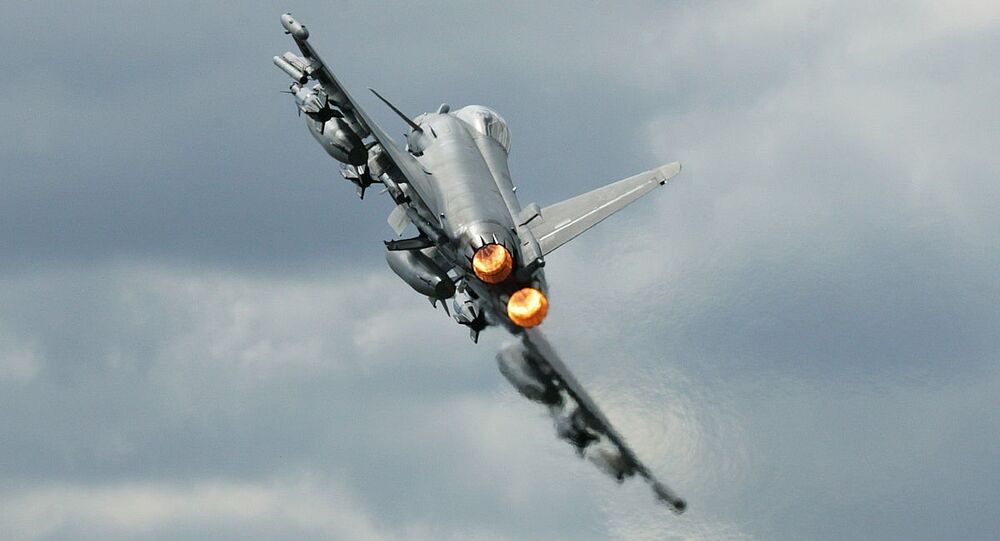 TALLINN (Sputnik) — On June 23, the United Kingdom's Eurofighter jets conducted demonstration flights during the celebrations in the northern Estonian town of Rakvere.

© AFP 2020 / Dibyangshu SARKAR
NATO Jets Patrolling Sky Over Baltics are 'Madness' – German Lawmaker
The newspaper added that at the same time, a Eurostar one-seat civil aircraft was taking off from a local airport, as there were "no hazards," according to the airport administration.

The Eurostar and Eurofighters almost collided when they found themselves at one height at the moment of the incident, the newspaper added.

According to the media outlet, an investigation into the incident is in progress.

Estonia, as well as neighboring Latvia and Lithuania, do not possess air patrol capabilities. Since joining NATO in 2004, the three Baltic countries' airspace has been defended by a rotating NATO mission.