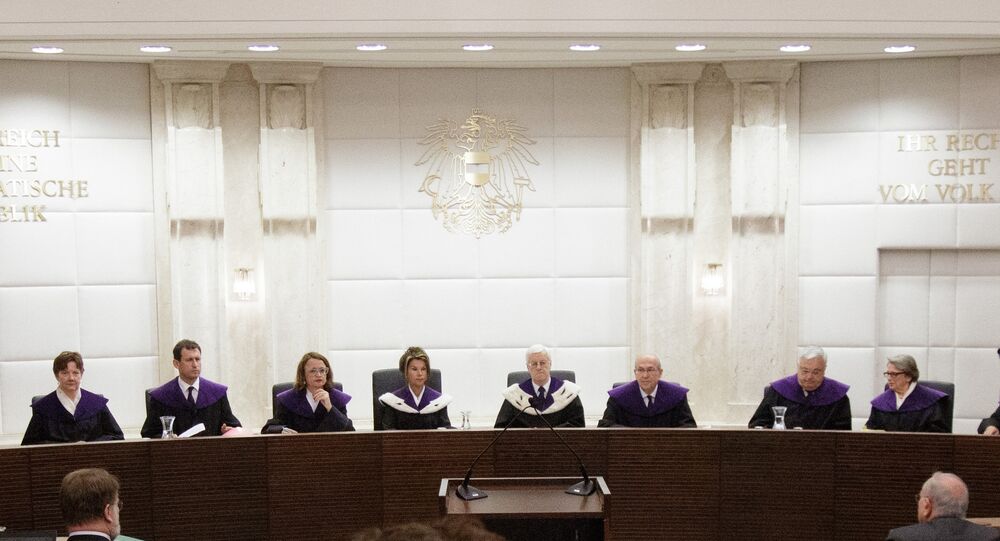 The decision of the Austrian court to re-run the second round of presidential election demonstrates the strength of the democracy and rule of law in the country, a lawmaker from the Social Democratic Party of Austria told Sputnik Friday.

© REUTERS / Leonhard Foeger
Austrian Constitutional Court Rules May 22 Presidential Elections Rerun
MOSCOW (Sputnik) — The Austrian Constitutional Court ruled Friday that the country should stage a rerun of the second round of the presidential election following a complaint by the far-right Freedom Party of Austria (FPO) about "irregularities and failures" during the vote counting.

“This is democracy, this is the rule of law,” Stefan Schennach said. “Austria is a very strong democracy and the Supreme Court has the last decision.”

Schennach stressed that the country has to follow the decision of the Supreme Court, so that the second round of the election would be rerun in the end of September-beginning of October.

“There is no crisis of the constitution… it is not a crisis, it is not something that has never happened in history [of Austria],” Schennach said.

On May 22, Austrians voted in the second round of the presidential election, choosing between independent candidate Alexander Van der Bellen and FPO candidate Norbert Hofer. Van der Bellen was elected president after the authorities counted postal votes, despite Hofer leading in exit polls. Following the announcement of the results, the FPO filed a complaint with the Constitutional Court.