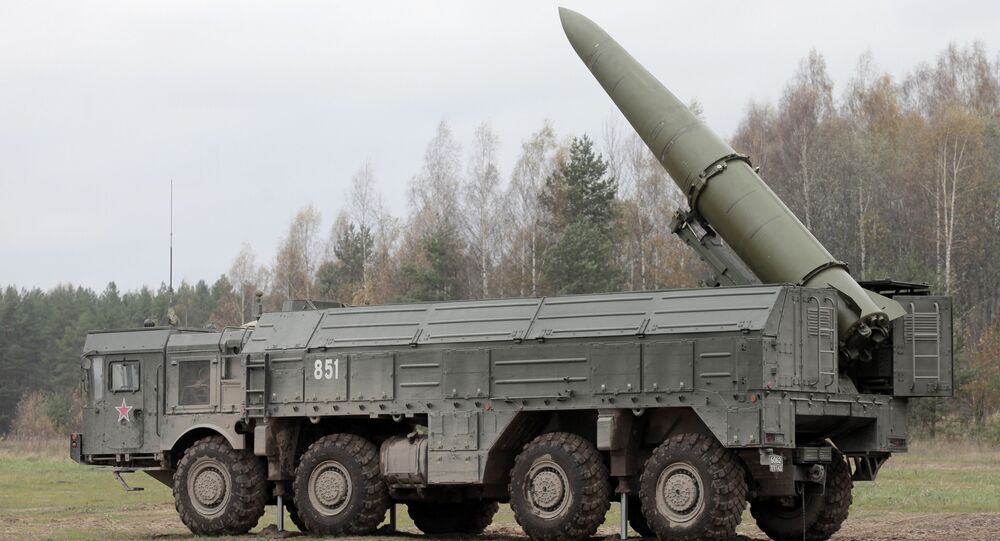 According to the Russia's envoy to NATO, Russia is unhampered in deploying Iskander ballistic missile systems in Kaliningrad.

MOSCOW (Sputnik) — Russia is not restricted in deploying Iskander short-range ballistic missile systems in its exclave region of Kaliningrad, but will have to assess the situation to ensure the country's national security, Russia's envoy to NATO said Thursday.

"We do not have any restrictions on the systems deployment. In any case, we will have to carefully assess the military situation and define a set of the most appropriate measures that will firmly ensure our security and defense capabilities," Alexander Grushko told reporters.

According to Major General Mikhail Matvievsky, chief of Strategic Missile Forces and the Artillery of the Russian Ground Forces, a missile brigade redeployed to the Kaliningrad region would be equipped with Iskander-M complexes before 2018.

© AFP 2021 / JOHN MACDOUGALL
NATO Deploys Missile Defense in Turkey on Pretext of Fake Syria Threat
The Iskander-M (also referred to as NATO's reporting name SS-26 Stone) is characterized by high mobility and maneuverability, as it takes just 20 minutes to place the system in operational readiness.

Russia, NATO Working Out Content, Date of Next Council Meeting