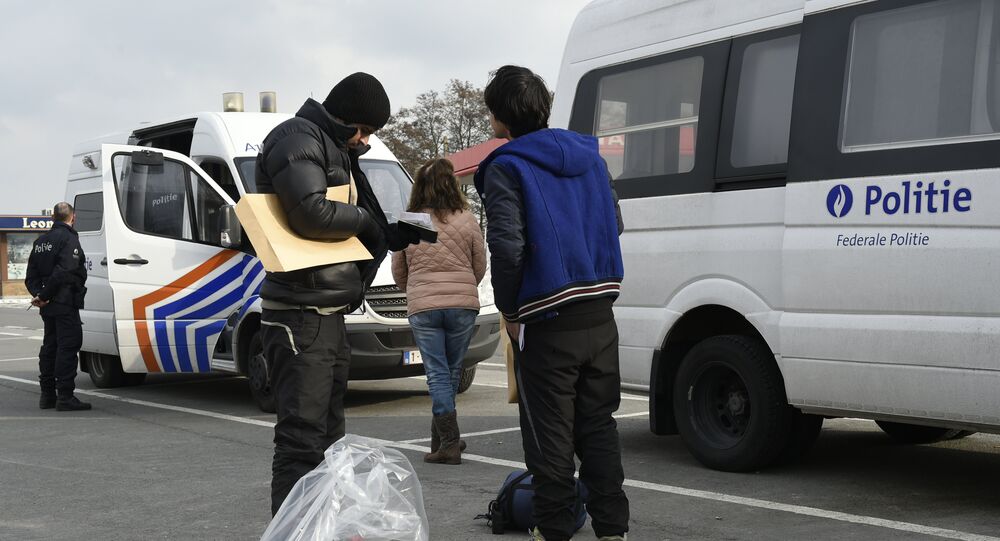 MOSCOW (Sputnik) — Belgium is preparing a bill that would allow authorities to check mobile phones of those seeking asylum in the country in order to verify their identities.

"Some 60 to 70 percent of asylum seekers lie about an aspect of their identity, such as their name, age, the route they took [to reach Belgium] or their country of origin," author of the bill, Migration Secretary of State Theo Francken, said, as quoted by Le Soir newspaper on Wednesday.

© CC0
Denmark Launches Mobile Advice App to Bridge Cultural Gap With Refugees
According to Francken, the applicants’ Facebook accounts may also be checked during the identity verification procedures.

Under current rules, such checks are not mandatory and asylum seekers may refuse to provide their phones to the authorities.

Europe is currently struggling to cope with a massive refugee influx, with hundreds of thousands of refugees and migrants fleeing conflict-torn countries of the Middle East and North Africa in search of safety and refuge. Amid the major crisis, some European countries tightened their immigration laws in a bid to deter the influx of refugees.

Welcome to Our Jungle: Refugees Capture Their Reality on Camera