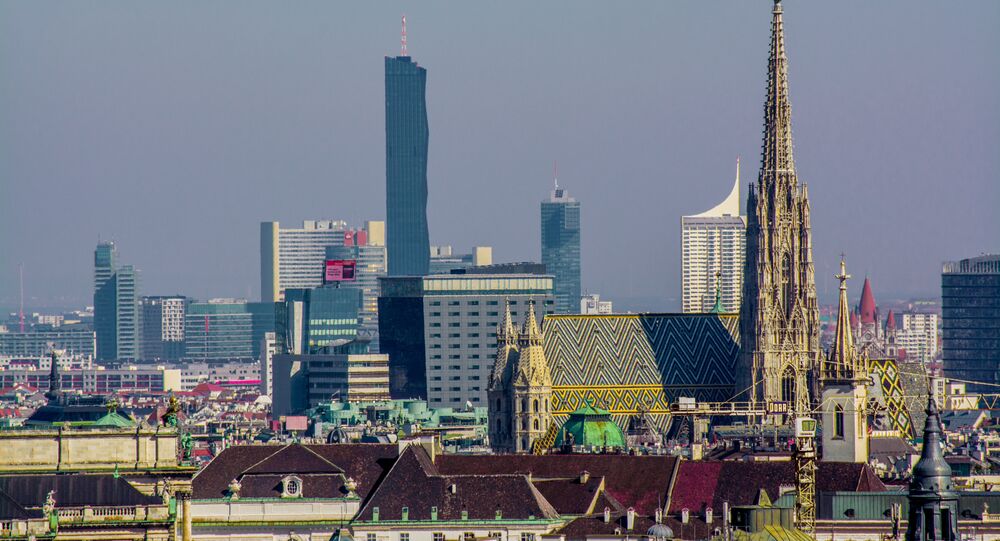 Today, Austrian Foreign Minister Sebastian Kurz warned about the negative consequences of the current migration crisis and possible collapse of Europe. In an interview with Sputnik Austrian politician Johannes Hübner commented on this statement as well as prospects for Austria's withdrawal from the EU.

The member of Austria's Freedom Party that advocates for limiting migration and closure of the national borders said that the prospects for Austria to leave the EU depend on many factors.

"At the moment, Austria's withdrawal from the EU is not being discussed. But this will depend on the direction in which the EU will evolve in the next two to three years. If trends such as attempts to surpass national parliaments on issues like TTIP and CETA continue, the scenario of Austria's exit from the EU becomes more realistic. However, I exclude the possibility that Austria will leave the EU alone. But if there is a group of countries who will be willing to leave the EU, then I don't exclude that Austria will follow," the politician stressed.

© AFP 2021 / JOE KLAMAR
Austrian Chancellor Rules Out 'Auxit' Vote Amid Divisions Over EU Membership
On Thursday, the United Kingdom held a referendum to determine whether or not the country should leave the European Union. According to the final results, 51.9 percent of voters, or 17.4 million people, decided to support Brexit, while about 16.1 million opposed it.

Austria's Foreign Minister Sebastian Kurz called the current refugee crisis one of the main reasons for the current European division. In an interview with German media group Funke, he described the current migration policy as a "dramatic failure" of the EU and called it a decisive factor behind the outcome of the recent British referendum.

Following the victory of Eurosceptics, everyone's wondering: Who will be next? Last year, a petition to withdraw from the EU gained 260,000 signatures in Austria. Leader of the Austrian Eurosceptics Norbert Hofer earlier warned that the country might organize its own referendum, following Britain's example.

"It is important how our eastern neighbors — Poland, Slovakia, Czech Republic, Hungary — will behave. It is yet unknown and will depend on the EU's behavior. If the European Union dictates its terms to the distribution of illegal migrants and if the European Commission takes coercive measures regarding TTIP and CETA in order to implement these agreements, at least temporarily, and thus make them already inevitable for voters, the tendency to move away from Brussels will increase on the European continent, including Austria," Hübner stated.