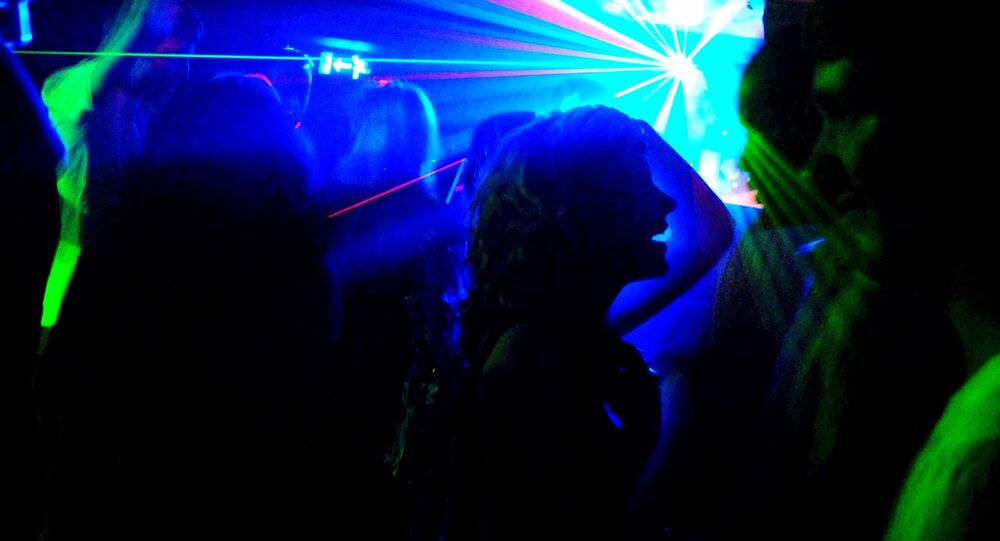 Nightclub-goers in the UK are three times more likely to experience violent crime than those who choose not to go out, according to a new study.

"We found that if you go to clubs three times a week or more, often you suffer three times more violent crimes than someone of the identical age, sex marital status and other social-economic background, but who doesn't go to clubs," Andromachi Tseloni, Professor of Quantitative Criminology at Nottingham Trent University told Sputnik.

Researchers from the university's School of Social Sciences analyzed data from 160,000 people from the Crime Survey for England and Wales to try and work out why there has been a drop in violent crimes over the last 20 years — and why some people are still at risk.

"The study will hopefully help prevent violence in clubs, perhaps at the entrance, so security staff have some measurements in place that would reassure police and punters that the club is safe," Tseloni told Sputnik.

​London club, Boujis, once a favorite haunt for Princes William and Harry, was recently served with an application from the police to shut it down after a clubber was left with a suspected fractured cheek bone after being assaulted outside.

A report from Kensington and Chelsea council's licensing committee said residents groups had claimed that the club had failed to stop violence from escalating.

​Escaping closure, the club now selects its guests and charges a membership fee to the likes of celebrities including Lady Gaga and Lewis Hamilton.

Since the violent incident in March 2015, the club told the resident's committee that staff have received more training to deal with violent incidents — and the fight on March 6 was "extremely rare."

Meanwhile researchers at the University of Nottingham are calling for improvements in data collection of violent incidents from nightclubs.

"There needs to be a better way of recording what happens in clubs. Sometimes, the data we analyzed from the clubs were incidents that hadn't been reported to the police.

"So there needs to be someway of promoting good practice and finding a way to solve problems in problem venues where punters are exposed to more crime," Professor Tseloni told Sputnik.

"We need to make sure that club venues and their surroundings are safe places to be."

The study also found that people who take cannabis — and are separated or divorced are seven times more likely to be a victim of violent crime — than someone who is married, doesn't go to nightclubs and doesn't take cannabis.

"We found that violence between strangers mostly erupts in or around pubs and clubs — more so than between acquaintances," Tseloni told Sputnik.

"Cannabis use is another risk factor; people who use cannabis are roughly twice more frequently victimized than people who do not use cannabis — by people they know — or strangers."

Violent incidents in pubs and clubs across England and Wales account for nearly a quarter of all crimes recorded in England and Wales. The cost to the UK tax payer is thought to be US$17 billion a year.

Researchers hope that the findings from this latest study could be used to inform police, pubs and clubs in order to better prevent violence and drug abuse across England and Wales.

Orlando Nightclub Shooting Both Terrorism, Act of Hate Against LGBT