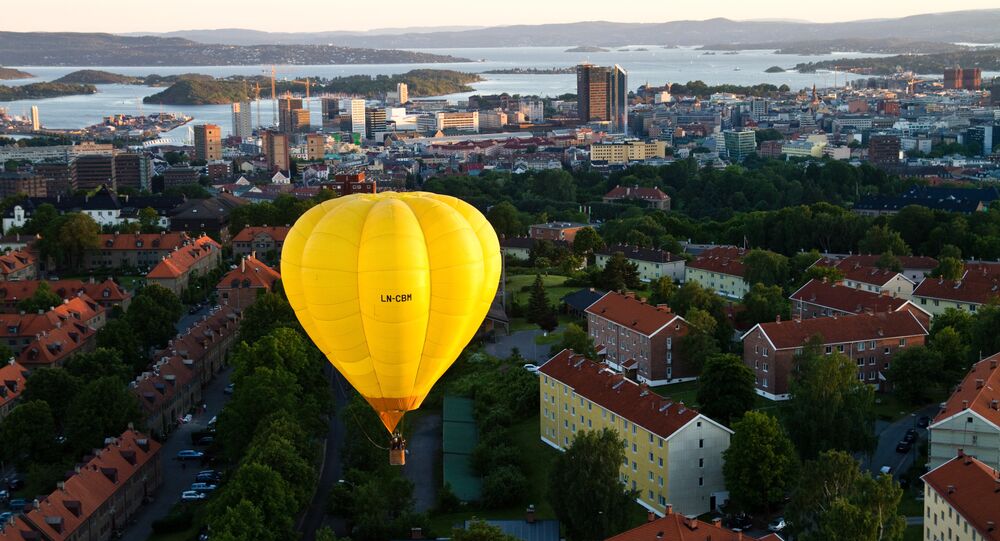 In the aftermath of the Brexit vote, the controversial UK minister Jeremy Hunt, who currently ranks among prime minister candidates, has referred to Norway as the desired model for the country's new agreement with the European Union.

© Flickr / GothPhil
Easy Come, Easy Go: Norway's Oil Capital Parts with Transient Enjoyments
After the worst Brexit-shock has settled, the EU friendly wing of the Conservatives is now mobilizing to stop Boris Johnson's prime minister ambitions. With Theresa May being the leader of the moderate forces in the Tory Party, competition is now rising from the same wing, as Jeremy Hunt, who earlier campaigned against Brexit, presented his own vision of Britain's future outside the European Union, dubbed "Norway Plus."

In his article in The Telegraph, Hunt advocated the "Norway Plus" option for the UK as a means to retain full access to the single market, while at the same time reaching a desired compromise on free movement rules to curb migration.

"As their biggest non-EU trading partner, it is in the European interest to do this deal with them as much as it is in our interests to secure it," Hunt told The Telegraph.

© Sputnik / Sergey Eshenko
Norway's Distressed Oil Industry Relies on Russia Against Gov't's Wishes
Meanwhile, Iceland's former president Olafur Ragnar Grimsson, who has been in office for the past two decades, invited the UK to join the triangle of non-EU countries in the northern Atlantic, which includes Iceland, Norway and the Faroe Islands. Grimsson said that while Britain's departure from the EU was a "grim" result for the bloc, it nevertheless spelled a positive outcome for Iceland, the Icelandic newspaper Morgunblaðið reported.

Earlier, Finland's former Prime Minister Alexander Stubb forecasted that Britain would get a Norway-type deal to maintain close economic ties with the EU, despite forfeiting its say on decision-making in the bloc. Stubb, who earlier held several EU jobs and was a fixture in the Finnish parliament, said the new deal between Britain and the bloc should keep maximum economic integration possible and warned against putting a firm deadline on the divorce process or punishing the UK otherwise, the Norwegian trade newspaper Nationen reported.

"They will pay for membership, have less influence on decision-making and laws but at the end of the day have similar benefits they have today," Stubb said.

"Brexit will probably force a renegotiation, also for Norway. When Norwegian politicians warned the British against becoming like Norway, they had Norwegian interests in mind. They are afraid that the EEA Agreement will go up in smoke," professor Erik Oddvar Eriksen at the Center for European Studies at the University of Oslo told the Norwegian newspaper Verdens Gang.

At present, the Kingdom of Norway is closely associated with the EU through its membership in the European Economic Area (EEA). Norway's trade is dominated by the EU, whereas Norway is the EU's fifth most important import partner. Norway to EU trade amounts to billions of euros and primarily focuses on energy supplies. As a member of the EEA, Norway gets access to the EU's single market in exchange for contributing about 400 million euros a year to the EU budget. At the same time, it is forced to implicitly accept the EU rules on the single market and free movement of people.