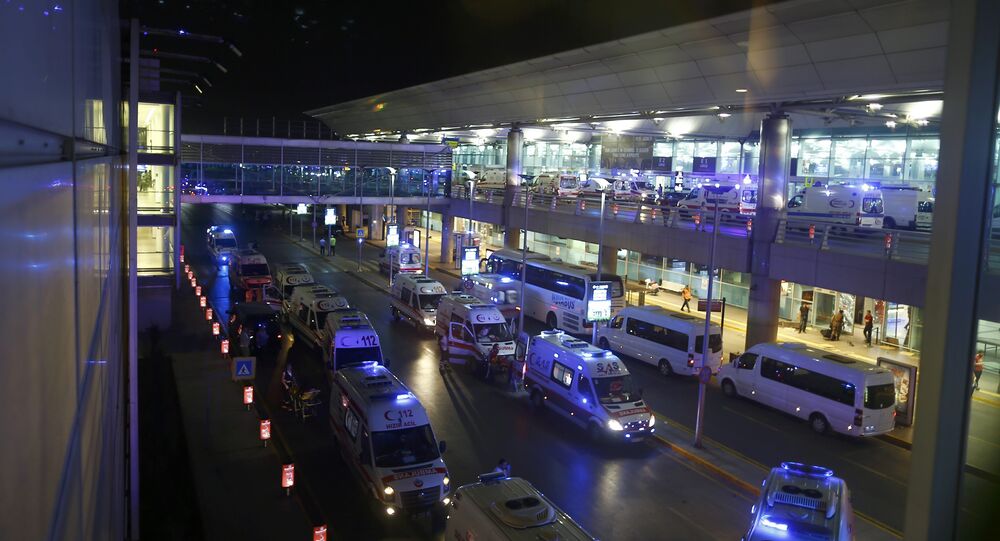 The Istanbul airport attack was aimed at disrupting Turkey's attempts to mend relations with Russia and Israel, Konstantin Kosachev, the chairman of the Foreign Affairs Committee of the Russian parliament's upper house, said Wednesday.

"The terrorist attack was directed against the attempts of the Turkish authorities to improve relations with Russia and Israel. Turkey, as it seems to be, is being warned against participation in the single anti-terrorist front that is being created first and foremost with the Russian diplomatic efforts," Kosachev said on his official Facebook account.

He expressed confidence that the tragedy will not hamper the dialogue between Russian President Vladimir Putin and his Turkish counterpart Recep Tayyip Erdogan because "against all odds, today we stand in solidarity with the people of Turkey."

© REUTERS / Goran Tomasevic
One Foreigner Among Killed in Istanbul Airport Attack, 27 Victims Identified
Russian-Turkish relations deteriorated when a Russian Su-24 plane was shot down by a Turkish F-16 fighter jet over Syria on November 24, 2015, falling to the ground 2.5 miles from the Turkish border, leaving one pilot killed by fire from the ground and another rescued. In response to this "stab in the back," as it was described by the Russian president, Moscow imposed a number of restrictive measures on Turkey.

On Monday, Erdogan sent a letter to Putin, expressing condolences for the incident. Kremlin spokesman Dmitry Peskov said the Turkish leader made an important step to mend ties with Russia by sending the letter. "Excuse us," Erdogan said in the letter, according to the Kremlin website.