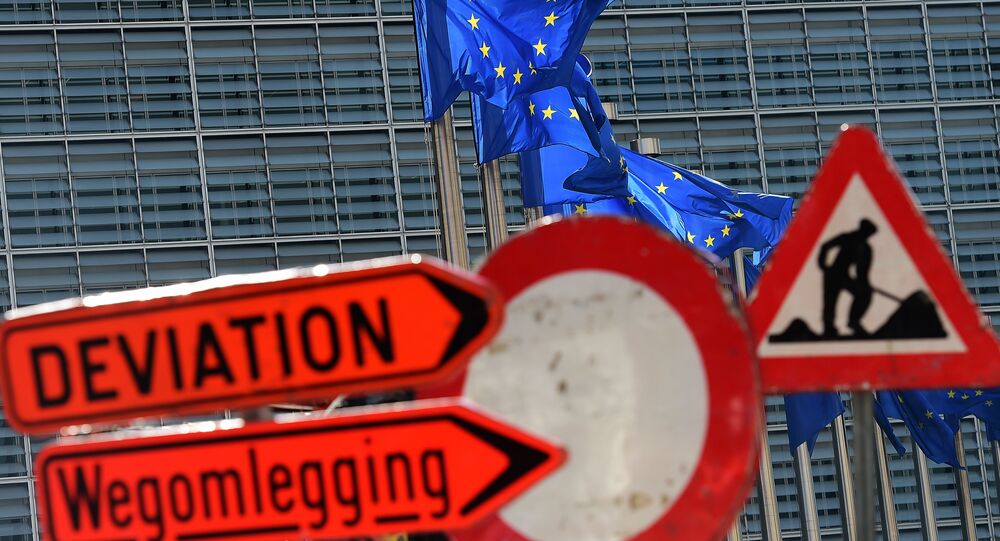 Polish Foreign Minister Witold Waszczykowski has said Warsaw rejects France and Germany's plans for a European superstate, which have emerged this week following the UK's decision to leave the European Union.

The plan, named 'A strong Europe in a world of instability,' was signed by Steinmeier and French Foreign Minister Jean-Marc Ayrault and presented to the Visegrad group of countries (Czech Republic, Hungary, Poland and Slovakia) at a meeting in Prague on Monday.

"Our two countries share a common destiny and a common set of values that provide the foundation for an ever closer union between our peoples. We will therefore move further towards political union in Europe and invite the other Europeans to join us in this endeavor," France and Germany wrote in the nine-page document.

Their idea of a new-look state includes a common defense, intelligence, judicial, migration and financial policy.

They plan to increase the power of the European Public Prosecutor's Office's which had already been proposed to prosecute fraud and financial crime across the EU.

The Office will be expanded to include fighting against terrorism and organized crime, which "would require the harmonization of penal codes across Member States."

The EU's strongest members also suggest nation states lose the right to run their own migration policy, including the imposition of migration quotas.

"There shall be no unilateral national answers to the migration challenge (…) Germany and France are convinced that it is high time to work towards establishing truly integrated European asylum, refugee and migration policy."

"A situation in which the burden of migration is unevenly carried by a limited number of member states is unsustainable," they wrote, and suggest modifying the Dublin Regulation which establishes which EU member will house an asylum seeker and deal with their application.

© Sputnik / Filip Klimaszewski
How Do You Like Them Apples? Polish Farmers Grow Weary of Anti-Russian Sanctions
France and Germany also say that before 2018 the EU has to increase fiscal cooperation in order to strengthen the single currency project.

"To overcome the crisis, the euro area has to enter into a renewed phase of economic convergence," so that countries will have to unify their regulation and taxation systems, ending the differences in budget surplus and deficit across the EU.

In response to the document, Polish Foreign Minister Witold Waszczykowski told TVP that the proposal is the wrong solution to Europe's problems.

He called it a return to the EU politics of the early 2000s, when Poland and nine other countries joined the union.

Some months ago, he said, there were signals "from European politicians of the older generation, who gave an ultimatum when the EU was enlarged to include Poland: go in, but go into a specific union that we invented ourselves decades ago. I can see that this thinking has returned."

Waszczykowski said that Poland is not convinced about the case for joining the euro now, or signing up for the French and German project.

"It's not a good solution, of course, because a lot has changed since the Union was invented, the political body has changed. The mood in European societies is different and our voters do not want to put the Union into the hands of technocrats."

"Poland has said for a long time that the euro is only acceptable in two situations. Firstly, when it will be profitable for us from an economic point of view, and that time is far away."

Waszczykowski added that the Visegrad countries want Western Europe to consider why the UK decided to leave the union.

They want to know "whether there is some reflection on the Western side of Europe on what happened – why the fifth largest economy in the world, a powerful state, a nuclear power, decided after 40 years to leave the EU," Waszczykowski said.

Germany Increasing Military Spending as 'It Can't Rely Only on US'