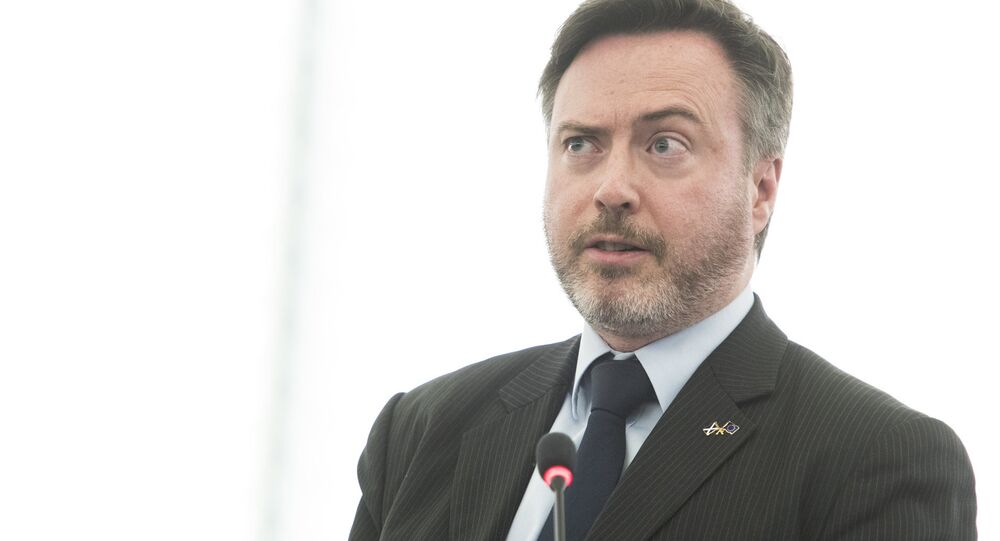 In an address to the European Parliament Tuesday, the Scottish National Party's Alyn Smith received an unprecedented standing ovation from fellow MEPs, following a speech in which he re-asserted Scotland's intent to remain in the EU, despite the UK's Brexit vote last week.

The SNP’s Alyn Smith made a passionate appeal to MEPs: ‘Do not let Scotland down’ More here https://t.co/2RsT8jLxVg https://t.co/mtXT6rjx2m

The standing ovation from MEPs is the strongest signal yet that any attempt by Scotland to negotiate continued membership of the EU could be met with a favorable response.

Although the UK voted to leave the European Union by 51.9% last week, Scotland voted to remain by 62%. Although the exact method by which Scotland might continue its membership — short of declaring independence from the UK — is uncertain, the Scottish Government is now seeking talks with European leaders.

Farage "Give us what we want without paying for It you smelly foreigners"
Alyn Smith: An outward looking plan for Scotland cheered on by EU

"I want my country to be internationalist, cooperative, ecological, fair, European — and the people of Scotland along with the people of Northern Ireland and the people of London and lots and lots of people in Wales and England also voted to remain within our family of nations. I demand that that status and that 'esprit européen' be respected."

It has never been more important to understand how Scotland in Europe works. We'll be keeping this resource updated. https://t.co/hbjHj9N1EV

"Colleagues, there are a lot of things to be negotiated and we will need cool heads and warm hearts, but please remember this: Scotland did not let you down. Please, I beg you, cher colleagues, do not let Scotland down now."