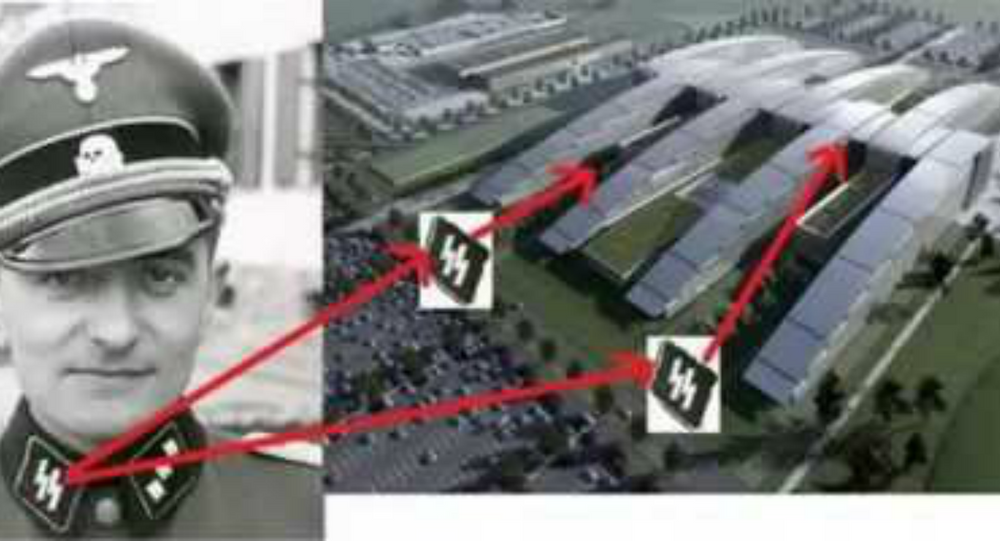 What is likely an unfortunate design fail is nonetheless disconcerting in the wake of the military coalition’s major buildup along the Russian border, led by German troops.

The North Atlantic Treaty Organization (NATO) caused a stir in recent weeks with the announcement of its newly constructed headquarters "for you and for future generations."  The building features a design pattern eerily reminiscent of the Nazi "SS" lightning bolts.

The Nazi imagery comes in the footsteps of Germany leading the massive Anaconda War Games. Involving over 30,000 NATO troops, the drills will take place in Poland on the 75th anniversary of the German invasion of the Soviet Union.

The provocation is the single largest buildup of foreign troops in Poland since World War II, and is also the first time German soldiers have been stationed in the Eastern European nation since the fall of the Nazi regime.

While former German Chancellor Gerhard Schroeder called the build-up on the anniversary of the Nazi invasion a "serious mistake," the alliance’s most recent use of Hitler-inspired imagery has mostly just led to widespread mockery by social media pundits asking if it was purely coincidence.

This isn’t the first time that the US-led military coalition has been marred by Nazism — intentional or otherwise. A shocking video was previously posted to YouTube that allegedly shows a range of German SS symbols being worn by NATO troops.

​There also exists a history of Nazi inclusion amongst NATO leadership, despite public relations efforts portraying the groups as diametric opposites. Notably, Adolf Hitler’s Chief of the General Staff of the Army Adolf Heusinger also served as the Chairman of the NATO Military Committee from 1961 to 1964.