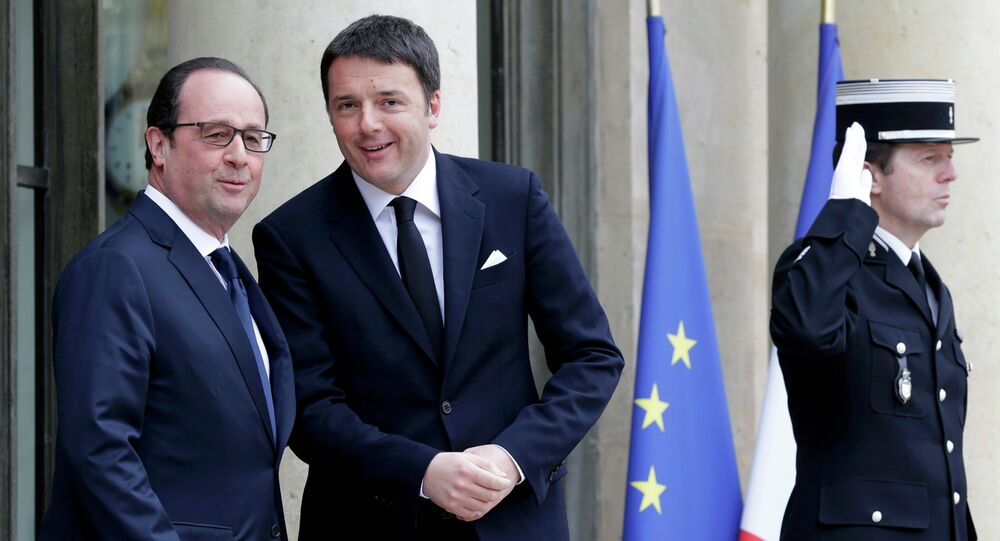 Italian Prime Minister Matteo Renzi said that it is also time to write a new page in the EU history base after Brexit.

© AFP 2020 / Daniel Leal-Olivas
Brexit Prompts Eastern Europe to Back Stronger EU
MOSCOW (Sputnik) — Italian Prime Minister Matteo Renzi said Monday that the United Kingdom’s pullout from the European Union could mark the start of a new era in a reformed Europe, at a joint press briefing with French and German leaders.

"We are sad about the decision made by British citizens, but it is also time to write a new page in the EU history base on what unites us and not what divides us…This must happen faster," Renzi said.

"We’ve taken into account Britain’s decision, we are turning the page… and we must work out a strategy for the coming months that will focus on what Europe should become," he said, adding that EU security, growth and youth should be prioritized.

"There is a very strong need to give the European project corresponding opportunities in the coming decades to move forward," Renzi added.

French President Francois Hollande predicted that the European Council would have a busy agenda in September.

"We want to improve EU operations to make them faster, more flexible, transparent for the population. These are the talks we are going to hold in the coming weeks," Hollande said.