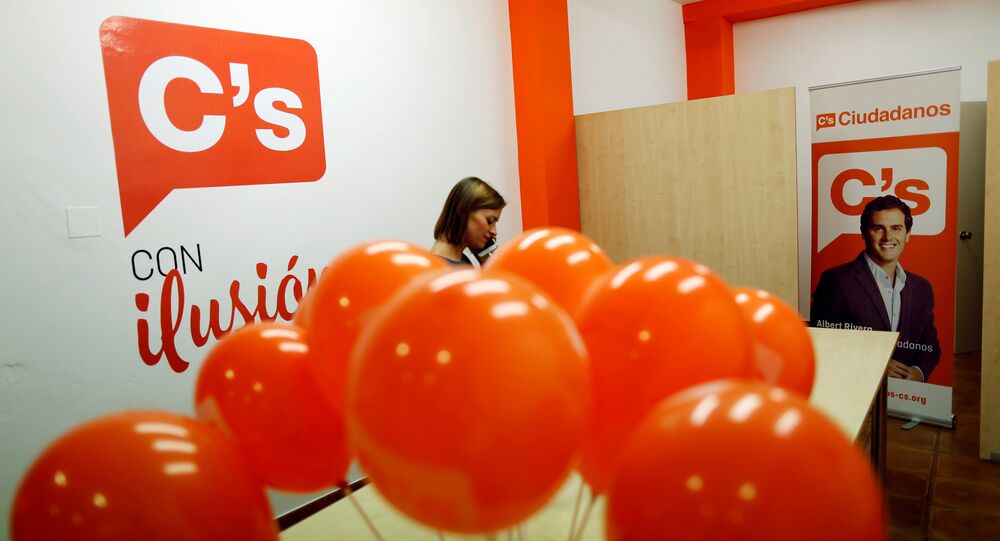 Jose Manuel Villegas, vice-general secretary of the Spanish centrist-left Citizens party said that party may negotiate the ruling Popular Party (PP), but it is also possible that Citizens party will join opposition.

"The PP headed by [acting Prime Minister Mariano] Rajoy won. Now, we have to negotiate with them and see whether there will be any agreements. But it is also possible that there will be agreements without Citizens' participation, that Citizens will join the opposition," Villegas told the Onda Cero radio station.

© REUTERS / Jon Nazca
Leader of Spanish Citizens Party Ready to Participate in Coalition Talks
Earlier in the day, Rajoy said that his party would arrange negotiations for creating the government with all the other parties in Spain.

The PP has received 33 percent of all votes counted and thus will have 137 seats in Spain's 350-seat lower house of  parliament.