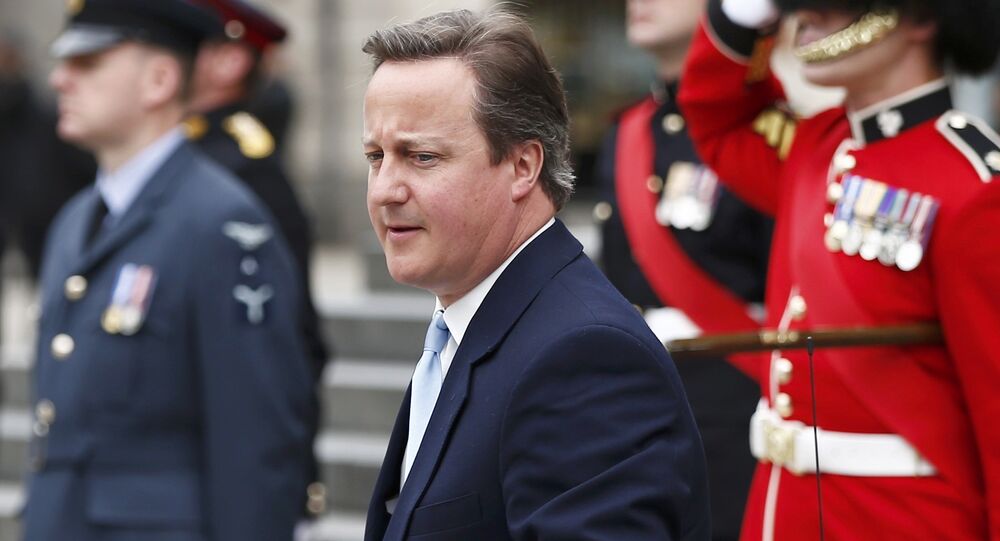 UK Prime Minister David Cameron held his first cabinet meeting Monday (June 27) since the British electorate voted to leave the EU, facing the fact that he will go down in history as the architect behind Brexit.

Cameron's decision to resign as Prime Minister — in October, he thinks — marked the end of a series of misjudgments by the Conservative Party leader, who led the campaign to keep Britain inside the EU, but failed to keep his own party together and failed to convince a skeptical public.

He was never in a good position. The Conservatives have been split for years over Europe, ever since former PM Sir John Major signed up to the Maastricht Treaty, which changed the European Economic Area into what is now the European Union.

Despite winning opt-outs from the Schengen borderless EU zone and from the single currency, Major failed to quell deep distrust among many Conservatives of the Brussels machine and the transfer of sovereignty to Brussels. In the end, Major lost the backing of his own party and he lost he lost the 1997 general election to Tony Blair.

Once back in power, in a coalition with the Liberal Democrats, following the 2010 general election, Cameron put the economy at the top of the agenda and also allowed for a referendum on Scottish independence, which he — just — successfully won.

However, he left the issue of Europe on the backburner, not realizing the rise in anger at the Brussels machine — not just within his own parliamentary party, but more importantly, among his constituency supporters. He blindly mocked the rise in support for the anti-EU party UKIP, reportedly describing them as a bunch of "swivel-eyed loons".

"Swivel-eyed loons"? A minority but we've all met them, they elbow meeker activists aside, & it's a huge problem. Can't we say so at dinner?

​Finally, in 2013, he was forced to concede that he would make a manifesto pledge in the 2015 election to hold a referendum on the UK's membership of the EU before the end of 2017. In the event, he won, but failed to register that UKIP had come third, with a 12.6 percent share of the vote, despite only returning one member of parliament.

He called the referendum for June 23 2016, 18 months earlier than his deadline. His timing could not have been worse. He was counseled not to hold the ballot in 2017, as it would have clashed with federal elections in Germany and the French Presidential election. Both would have meant French and German politics would dominate.

But the June date coincided with a huge backlash against migrants — with the European refugee crisis dominating headlines. The Eurozone was in crisis, with Greece struggling to make its third bailout conditions and other countries being warned over deficit defaults.

David Cameron resigns — and will go down in history as the British Prime Minister that led us out of Europe. #Brexit pic.twitter.com/Oej3Zpipbi

Right across Europe, Euroskepticism was on the rise and the feeling on the streets was palpable. Again, Cameron — in his Westminster bubble — failed to see the depth of anger. In the campaign, he brought in US President Barack Obama and International Monetary Fund chief Christine Lagarde to warn of Armageddon in the event of a Brexit. This angered even his own Remain supporters.

Sorry David Cameron going. But it was inevitable after this awful self-inflicted Brexit disaster that diminishes his place in history

Cameron's biggest error — as a soft Euroskeptic himself — was failing to make the positive case for remaining in the EU — despite all of its obvious faults. His campaign was entirely negative. He sleepwalked into the referendum oblivious to the fact that the word on the streets was to deliver the establishment — in Westminster and Brussels — a thoroughly good kicking. He got it.

​He now has two records to his name: the youngest prime minister (aged 43 in May 2010) since 1812 and being the one that saw the UK crash out of the EU, but rejoin it on worse terms than it left. He now faces a future in "splendid isolation" after failing to read the mind of a nation. He now cuts a forlorn figure on the global stage on which he once shone.