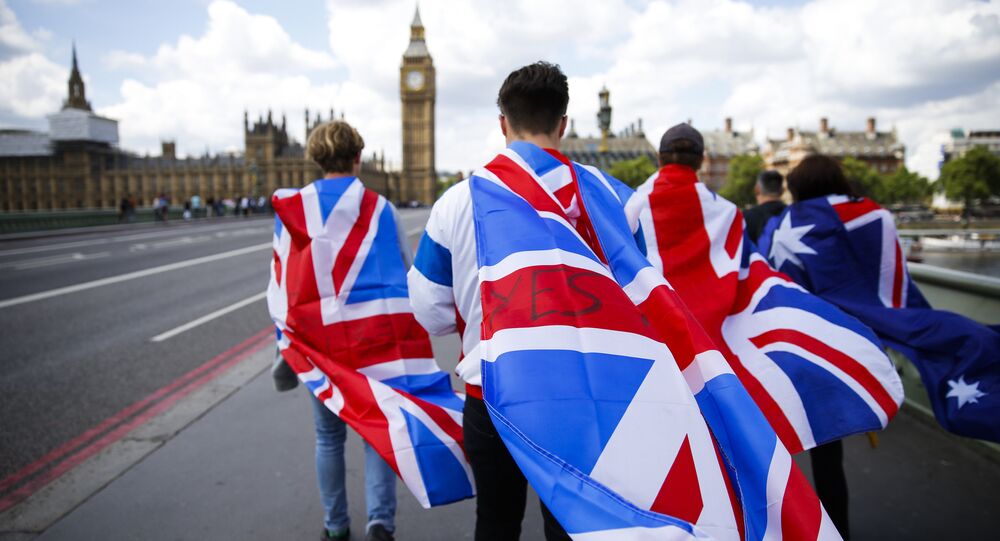 Belgian Prime Minister Charles Michel said that the UK nationals should understand that they have made a dramatic choice in the referendum for the UK future, not for the European Union.

© AFP 2020 / PATRICK KOVARIK
UK Exit From EU to Add Uncertainty to Global Economy
BRUSSELS (Sputnik) — The United Kingdom has no reverse path after its citizens chose the exit from the European Union, known as Brexit, in a landmark referendum, Belgian Prime Minister Charles Michel said Monday.

"There is no way back, they [the UK nationals] should understand that they have made a dramatic choice for the UK future, not for the EU," Michel was quoted as saying by the Derniere Heure newspaper.

He added that from now on he would take into account only Belgian and European interests, but not those of London.

© Sputnik / Vladimir Sergeev
Russia Continues Calls for Closer Ties With UK Despite Brexit Vote
On June 23, the United Kingdom held a referendum to determine whether or not the country should leave the European Union, with over 50 percent of the UK public voting in support of Brexit.